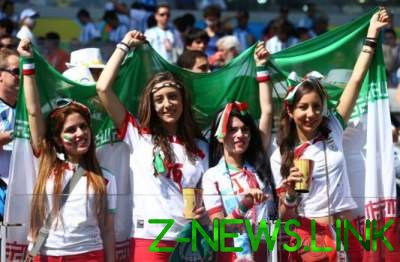 The reason for this poster in support of the right of Iranian women to go to stadiums. About it reports Reuters.

After what happened last night, I even more wanted to fight. I am ready to fight more to Iranian women could go to the stadium to watch football,
noted Qashqai.

According to activists, the Russian security forces kept it for more than two hours and forced to throw the poster, though she had a permit for it. After that she was able to go to the stadium and watch the second half of the meeting.

FIFA has called the incident a “misunderstanding on the part of local police”.

By the way, Maryam Qashqai with the same poster missed out on the stadium in St. Petersburg, which hosted the first match of the national team of Iran at the world Cup in 2018. Then the activist has come to the attention of the world media.