Home / Incident / In Odessa, the guy thrown under the car for girls

In Odessa, the guy thrown under the car for girls 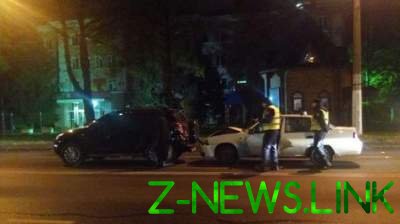 The incident occurred on prospect Shevchenko.

Last night on Shevchenko Avenue near Polytechnic University guy because of the altercation with the girl rushed under the car.

How to tell the witnesses to what happened on the sidewalk were arguing Odessa, after which the young man took to the road to traffic.

First he was hit by a car which immediately disappeared after the accident. But the guy did not stop, then he rushed under wheels “Toyotas” because of the sharp deceleration in the rear part of the “Toyota” crashed into another car.

Read also: In Kiev, a man fell on the subway tracks: new details

While affected drivers were waiting for the arrival of the police, the man returned to his girlfriend and they left.