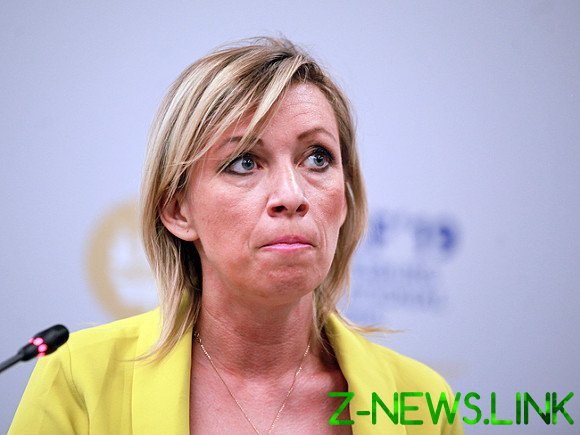 On the website Change.org there was a petition demanding the resignation of the official representative of Russian foreign Ministry Maria Zakharova after her scandalous interview with Michael Sugary.

The petition was created the Council of entrepreneurs of Mozdok district of North Ossetia and addressed to the Minister of foreign Affairs Sergey Lavrov.

The authors of the petition note that Zakharov in his speech insulted all citizens of Russia, dividing them into “classes” — the poor, who do not have the right to travel, and the rich from whom this right was always.

In addition, Zakharov, on behalf of the Russian leadership directly voiced the fact that the rights of Russian citizens to freedom of movement after the isolation will be limited.

“Maria Zakharova is responsible for having voiced her insults and verbal assault on the rights and freedoms of citizens, as they are contrary to existing policy of the Russian Federation, where the rights and Freedom of citizens are the priority,” says the petition.

We will remind, in an interview on the YouTube channel of Michael Sigara #will poslegarantiynoe Maria Zakharova said that many go on foreign trips without being aware of possible risks. Her statements about “class inequality” caused outrage in society. Criticism in its address has fallen and tourism industry, calling to apologize or resign.