In North Korea, discovered hundreds of sites for public executions

South Korean non-governmental organization said that she was able to establish the whereabouts of 318 places in North Korea where there are public executions of people disliked the regime.

The organization has documented lasting for decades of execution, often for such offenses as stealing cows or watching South Korean TV programs.

According to South Korean organizations, the executions frequently occur on river banks, near fields, markets, schools and stadiums.

In its report, the organization writes that in order to view the execution, in these places, collected from thousands of people and more. The report was published on Tuesday.

The authors of the report write that relatives, including children, are forced to witness the execution. Body shot very rarely passed to the family. They are also reported to be the burial place of executed.

According to information obtained from defectors, at least in one case, to observe the execution had seven children.

See also:  Scientists have discovered the oldest image of a dog

Sometimes public executions are held in prisons and camps.

One of the defectors, who were in the camp at the beginning of 2000-ies, says that 80 prisoners were forced to watch the execution of three women, who were accused of trying to escape to China.

According to the defector, the officer told them that they might do the same thing.

The report States that such public executions is one of the main ways to intimidate the population.

Some of the defectors say that the executioners sometimes looked drunk.

“This is because it is hard emotionally to kill people”, — quotes the report of one of the defectors.

It is also reported that in some cases, people hang, but the South Korean organization adds that, apparently, after 2005 it happens less.

Ethan Shin, one of the authors of the report, said in an interview with AFP that, apparently, the number of public executions is reduced.

But, he adds, Pyongyang may now execute people secretly trying to introduce to the DPRK the international community as a normal state.

In the past have been executed and high-ranking officials of the DPRK. In 2013, the uncle of North Korean leader Kim Jong UN was sentenced to death on charges of treason.

But reports of executions in North Korea is extremely difficult to confirm. There were several instances when it appeared that they were untrue.

In 2013, media reported that a popular North Korean singer Hyon song WOL was executed that she was shot by gunfire, and her entire orchestra were supposed to watch.

But in 2014 she appeared again on television, and in 2018 was part of the North Korean delegation arrived in Seoul before the winter Olympic Games. 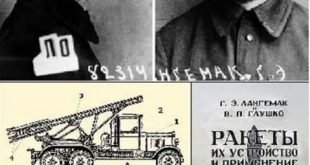