Home / business / In Moscow evacuated 100 thousand people due to “explosives”

In Moscow evacuated 100 thousand people due to “explosives” 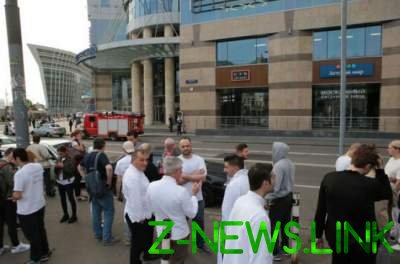 Jokers are very spoiled financial situation in the country.

In Moscow on Friday, October 6, carried out mass evacuation of people in connection with reports about the mining of various institutions. The number of evacuees exceeded 100 thousand people, reports Deutsche Welle.

In the morning in Moscow there were more than 130 calls with messages on the put bombs in shopping centers, schools, kindergartens, hotels, airports and railway stations of the Russian capital.

In particular, he reported the threats of the explosion on the Kursk, Kiev and Riga railway stations, and at airports Sheremetyevo, Vnukovo and Zhukovsky. Was evacuated by deputies and employees of the apparatus of the Moscow city Duma, the students and staff of the Moscow aviation Institute and the Russian state humanitarian University, Luzhniki sports complex, as well as the Kazan, Kursk, Belorussian and Kiev stations, reports RBC.

Police and dog handlers gradually check all received messages, but neither one of them have not yet found confirmation.

Recall, October 5, the FSB said that calls about mining of buildings in Moscow are committed by Russian citizens who are abroad, but in Russia they have allegedly accomplices.

Calls about mining of buildings in Russian cities come from 10 September. During this time, were evacuated hundreds of thousands of people in 120 cities of the Russian Federation.