Home / policy / In Minsk protesters sing Tsoi, and riot police in response fired on them with rubber bullets 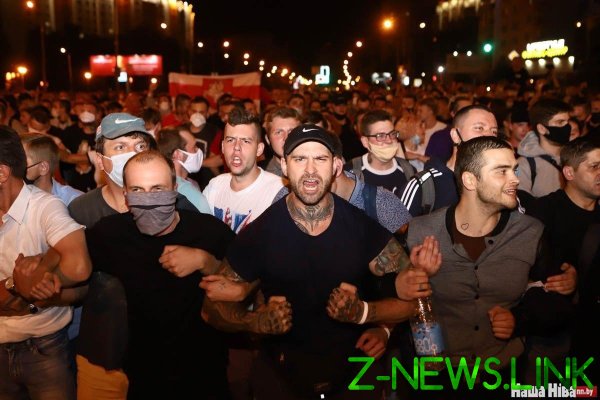 Currently, the focus of protests in Minsk has shifted from the Stela “City-hero” in the prospectus Masherova there now tightened the protesters in the street of Nemiga, the correspondent Znak.com. People come to meet the Riot police and chanting: “Five cities laid down their shields!!”, sing a song of Viktor Tsoi “Change”. In response from the security forces they fly rubber bullets.

Rallies in Minsk and other cities of Belarus began shortly after the polls closed for the election of the President of the Republic. People do not agree with their results. According to the CEC, the winner is Alexander Lukashenko. Thus, according to the exit polls of the headquarters of his main opponent Svetlana Tikhanovski, and, according to the protocols of the PECs, leading Tikhanovski.

Security forces trying to disperse the protesters, but the people did not disperse, on the contrary, their number is increasing.