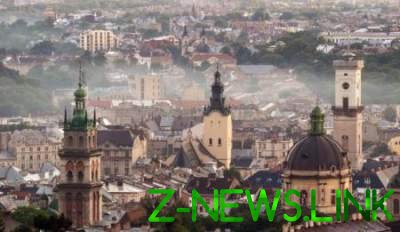 Routes became winners of the competition.

This year in Lviv will create two new tourist routes to places of Jewish heritage and the homes that are built by the Ukrainian architect Ivan Lewinski.

Tourist route around the “Space of the synagogues” will develop the Center for urban history. It will include about 20 seats.

“This route should be an example of how, in fact, not going beyond one location, you can tell the story of the entire Jewish community through the history of the city and in the same space to combine the past and the present,” said Pilipov.

I am going together with historians and researchers of Jewish heritage to develop a manual and a virtual map that will be part of the digital project of the Center for urban history of the “Lviv Interactive”.

“Virtual card to Supplement the storage space media that cannot be placed directly in the city or in the printed guide,” explained Ty Pilipov.

The guide will be published in two languages – Ukrainian and English circulation of a thousand copies. They will be able to use the Lviv guides. Space, which will run the route until determine.

Also within the year John Lewinski plan to create a new tourist route for seeing the monuments, which was built by Lviv architect.

“First you have to determine most iconic buildings, and then to develop a time-efficient routes, installing information boards for buildings and printed guide,” said Pilipov.

The first and main building of the route will become the first polyclinic in Russian, 20. The route needs to be adapted for people with hearing impairments and for individual excursions. The project is realized by Charitable Foundation “Museum of Ivan Lewinski”.