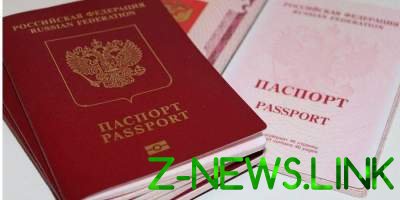 Documents will be centralized to send in the Russian Novoshakhtinsk.

In the occupied Lugansk was opened the point of reception of documents for obtaining Russian passports.

He said that the documents for obtaining Russian passports taken from 10 applicants and advice on obtaining passports has already signed up 400 people.

Documents will be centralized to send in the Russian Novoshakhtinsk, where the decisions will be made within 90 days.

We will remind, on April 24, Russian President Vladimir Putin signed a decree allowing ORDA residents to obtain Russian citizenship in a simplified manner.

Official Kiev said that the move is contrary to the Security Council has endorsed the Minsk agreements.

See also:  In Moscow on may 9 there will be no foreign leader

Later, Putin said that the Russian government is considering to grant citizenship in a simplified manner not only to the inhabitants of “LNR” and “DNR”, but also all Ukrainians.

May 1, Putin signed a decree simplifying the acquisition of Russian citizenship for certain categories of Ukrainians.