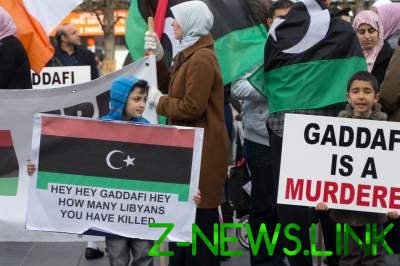 45 people were sentenced to death.

15 Aug Libyan court sentenced to death 45 people over the shooting of demonstrators during the protests of 2011 in Tripoli.

The convicts were found guilty in the fact that they opened fire on protesters against Muammar Gaddafi, which was held in the capital in August 2011. According to the report, 45 people were shot, 54 other defendants in the case received five years imprisonment, another 22 defendants were acquitted.

See also:  New Zealand has saved hundreds of whales beached on the shore

The first civil war in Libya began in 2011 with mass protests on 16-17 February 2011. The protesters spoke out against the rule of Muammar Gaddafi, who has held the position since 1969, and against the government headed by Prime Minister Baghdadi Mahmoudi.

The bloody suppression of protests by the police and army led to a rebellion and the beginning of the civil war with use of heavy weapons and aircraft.

As a result of the uprisings, Gaddafi and his troops were defeated, and the dictator himself was killed. In addition, the loss of the parties, according to various estimates ranged from 7 to 11 thousand persons.