In Krivoy Rog worker was killed in a mud flow 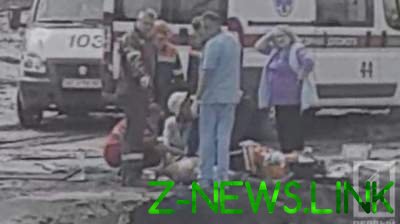 The accident occurred during the execution of works at Northern GOK.

May 15 in the Ternovsky district of Krivoy Rog during the work on the dam had collapsed pulp. In the mixture of earth and water fell work. The man died on the spot.

A dam burst and a mixture of earth and water was sucked working. 52-year-old man drowned in pulp. He was pronounced dead by the paramedics.

See also:  68 children were killed in the explosion of a convoy in Syria

We will remind, in Kharkov in an accident at the plant killed a man. The incident occurred on March 27, 2018 on the territory of the company for the production of metal doors. Clothing one of the employees were men born in 1964 – got to the moving part of the machine, resulting in the victim lost an ear and received a severe shoulder injury. From the received damages the worker was dead at the scene.

See also:  Vakarchuk sang a touching song in memory of those killed in Manchester. Video