Home / Society / In Kiev to monitor the safety will be drones

In Kiev to monitor the safety will be drones 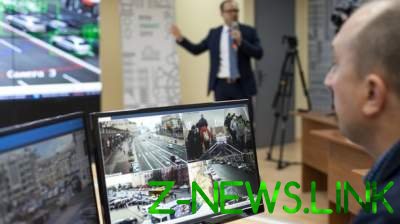 In Kiev, launched an unusual pilot project: to help control safety in the city will be drones.

As the Director of the Department of information and communication technologies, Kyiv city state administration Yuriy Nazarov, the city first purchased three drones. “We now have a large drone — serious “character”, which hangs at a height of 300 meters above the ground, with the possibility of night shooting, the infrared image and zoom. It will help to monitor the safety of mass events and react instantly if necessary. There is a medium drone for fixing various types of objects. And a smaller one for indoor use. If you suddenly have a fire or are booby-trapped premises, we can quickly “make” it in the building and assess the risks. All drones are equipped with Full HD cameras with the ability to transfer data online”, — said Nazarov, adding that the drones already have names: Kyi, Schek and Horeb.

See also:  Ashes and ruins. What remained after the Soviet Union

One of the drones. Photo: KCSA

According to the KSCA, the cost of new equipment — 3.7 million UAH. This includes not only the price of drones themselves, and new optics, the system detection of foreign UAVs that allows to monitor unauthorized flights (for example, if the contingent foreign drone carries explosives, the system will be able to defuse it), and permanently installed in the car to control the devices.

Nazarov said that in Ukraine there is no legislative framework that is at least somehow regulated the operation of drones (as well as video surveillance systems). So in the KSCA now developing urban situation. The document prescribes the rules where you can use the UAV, and where there is no disputed issues of personal data and “invasion of privacy” who will have access to the system, who can use the drones information and other details.

UAVs have long been used by law enforcement officers from different cities of the world, but many in parallel appear “antitone” the laws regulating the work of private drones. “For us, the experience of Singapore and new York, where drones patrol the city round the clock,” says Nazarov.

Actively use drones and police of Europe. For example, last year in France was condemned by the Russian fans who beat the British: the culprits identified with the help of drones.

Applies quadcopters and the Finnish police. But for individuals this year in the country there were restrictions: authorities have identified the areas where the use of UAVs is prohibited. Among them — the historical center of Helsinki, where even established spectate that says No drone zone, government buildings, airports. In Ukraine, while only there is a discussion of the concept of regulation of the unmanned aircraft, which this year was presented by the Ministry of transport.