Home / Incident / In Kiev there was a fire in the hostel

In Kiev there was a fire in the hostel 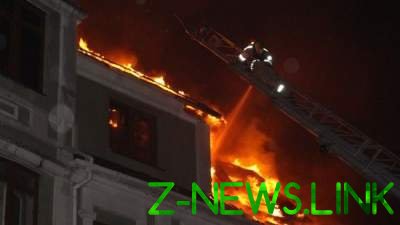 There were displaced persons from the ATO.

The fact of the fire, which 26 Oct covered a hostel for immigrants from zone anti-terrorist operation on Donbass in Kiev opened a criminal case.

It is noted that the data on incident arrived in law enforcement bodies of the capital at about 04:00 on Thursday, 26 October, after which arrived on the scene investigative team of the local police Department, the crews of patrol officers and soldiers of the State service on emergency situations in Kiev.

See also:  In Kiev there was an accident involving a tram

Law enforcement officers conducted a survey of witnesses of the incident and the residents of the house. Previously, it was found that the fire started on the roof of a house.

The incident investigators Sviatoshynsky police Department opened a criminal case under article about deliberate destruction or damage of property, the measure on which provides imprisonment for the term up to ten years.

“Law enforcement will determine the cause of the fire only after the appointed examinations. The investigation is ongoing,” the statement reads.