Home / Incident / In Kiev, the robbers tortured a businessman to death

In Kiev, the robbers tortured a businessman to death 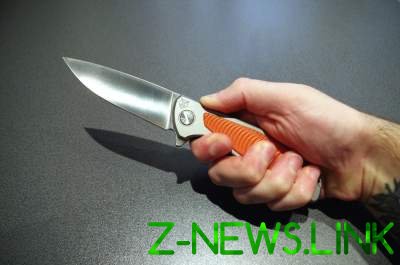 The businessman was tortured for hours.

In Kiev, a group of two criminals broke into the apartment of a local businessman for the purpose of robbery. They took the landlord a few hours and tortured him, then fled from the apartment with the loot. Unfortunately, from the received traumas the man died.

Thanks to prompt actions of law enforcement officers, all three of attacker brought to justice.

It should be noted that the actions of this couple were coordinated by another man, who at that time was already in prison. Before you commit murder in Kiev, the criminals have committed a similar robbery at a dentist in Cherkasy region. Then they also brutally beat the victim, however, at that time the victim survived. Trinity as a result took possession of 20 thousand hryvnias and went to Kiev.

See also:  A road accident in the Chernigov: SUV collided with a bus

Already in the capital, a victim of malefactors became a local entrepreneur. Learn that stores valuables at home, criminals broke into the apartment a few hours beat the man to death, then fled. Their prey this time was the money and valuables totaling more than 30 thousand hryvnias.

Thanks to the quality work of police and prosecutors, all three criminals were brought to justice. Now, however, they were found guilty, and each received an appropriate punishment. So, two of the attackers received a prison sentence of 14 years, with confiscation of all property. The coordinator of those crimes was sentenced to 9 years and 1 month imprisonment, with confiscation of all property.