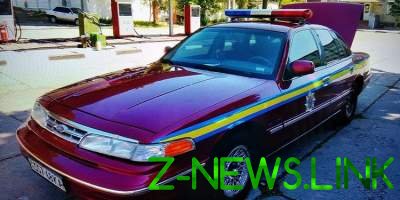 While in Ukraine I saw only one COP Crown Victoria.

In Kiev, said the U.S. full-size RWD Ford Crown Victoria sedan with frame chassis, which, apparently, go the representatives of the military police.

Picture Ford Crown Victoria marked “MP” on the background of the Ukrainian flag was placed on the social network Facebook. Users began to make various assumptions about the affiliation of this machine. The main version, and we agree, is that red “Ford” belongs to a Ukrainian military police, and before it went to the US police (evidenced by marks of special equipment in the cabin).

While in Ukraine I saw only one COP Crown Victoria. It is possible that their more. Sedan Ford Crown Victoria was produced from 1991 to 2011. Its name he received in honor of the eponymous model, which Ford did in the mid-1950-ies. Under the hood sits a V-shaped “eight” working volume of 4.6 l. the engine Power was initially 193 HP and later 220 HP version of the police motor more powerful – 250 “horses”.

It is this version, and now goes on the roads of Kyiv. 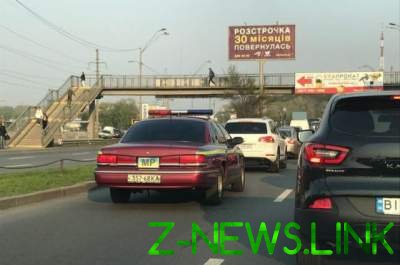