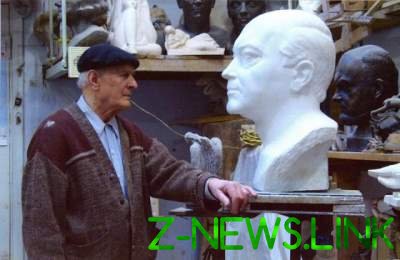 Died sculptor, who created the coat of arms of Kiev

In Kiev, Boris died Dougan, who created the coat of arms of the capital. Over half a century of creative work, he created many iconic monuments monuments portretowa plaques that decorate the city both in Ukraine and abroad. The sculptor died at 91-year life.

On the death of a famous Ukrainian sculptor became known on 30 April. This Informant learned from the post writer Tatyana Stus in Facebook.

Boris S. Dovhan was born in Kiev on Priorke 19 Aug 1928. He was a member of the Union of artists of Ukraine in 1965 and also an Honorary member of the National Academy of arts of Ukraine since 2009. The most famous work of the sculptor: the monument of the “Artists of repression victims” (1996), the monument to Pushkin in Gurzuf (1987), monument to Pope – John-Paul II in Kyiv on the territory of the Vatican Embassy (2002), memorial monuments of the artist Mykola Hlushchenko and composer Igor Shamo on baykovoye cemetery in Kiev (1982-1986)/

See also:  Kiev has struck the social network a story about "rape" in the subway

It also is an author of easel sculpture composition of the fountain “Earth and water” in New Kakhovka (1979), the marble blocks with reliefs “Christ praying”, “the Disciples who fell asleep”, “Madonna”, “mercury” in the White Church (2000-2008). A special place among the famous of his works is housed in a former coat of arms of Kiev – “the Golden bough of chestnut”.

See also:  Officials have come up with something to help Ukrainian unemployed

The coat of arms of the capital have decided to create in 1965. Then Kiev was awarded the title “hero City”. In December 1966 announced the contest, which was won by architect Florian Yuriev and sculptor Boris Dovgan. The coat of arms was approved on 27 may 1969. They put on two-tone shield gold hammer and sickle medal “Gold Star”. On a red and blue background was the inscription “Kyiv”. Silver bow symbolized the ancient emblem of the city, and a gold image of a blossoming branch of a chestnut tree had become the symbol of the city’s prosperity. 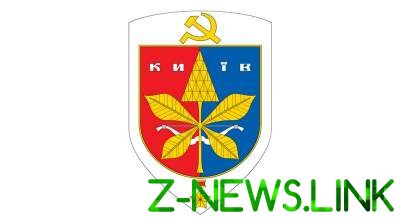