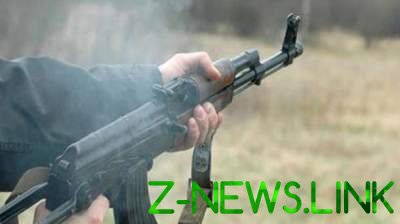 The military opened fire with a machine gun.

According to authorities, the incident occurred near a supermarket in Chaplynka.

“21-year-old soldier of military unit which is stationed near Chaplinka, left his post and came to the store. At this time outside the supermarket was a group of local residents. Between the military and citizens there was a conflict. The soldier pulled out a Kalashnikov rifle and fired several shots. As a result of gunshot wound of the leg received a 29-year-old man”, – militiamen told.

See also:  In the United States at a military base, a massive explosion

The victim was operated on, his condition is satisfactory. Serviceman for a criminal offence he was arrested. The court to it elected a measure of restraint in form of detention for a period of 60 days.