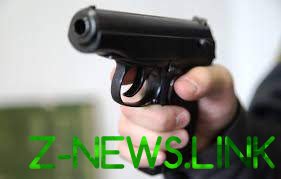 Militiamen have asked to show documents.

Workers of Kharkiv police asked the man to produce documents, and reports received shots. About the incident became known from the press service of the National police in the area.

The patrol police on October 22, around 12:00, at the intersection of Malinowski and Bakina stopped the man and asked for documents, the malefactor started shooting and ran off, never ceasing to make shots.

Law enforcement officers fired a warning shot into the air, then shot at the fugitive than the wounded man. He was taken to the hospital. It appeared, the detainee – 31-year-old resident of Lugansk region, not working, was previously convicted for robbery and unlawful use of a weapon. In his bag were gloves and items used to commit theft.