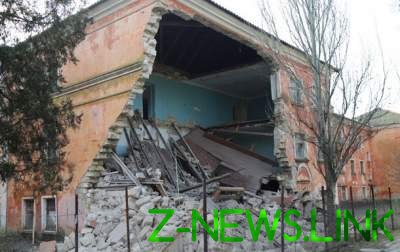 Local residents have voiced their version of the incident.

It is noted that the collapsed old building near the stadium in Arshintsevo. At the time of accident in the premises of the University was empty. The building itself was in disrepair.

“Nearby residents have attributed the incident to the fact that near the house there is a road on which the recent increase in the number of vehicles. In the soft ground began to vibrate under the house and in the end it collapsed,” – said in the message.

Also people fear that they will collapse and the neighbouring house, which is also in disrepair.

Now to the collapsed building no one is allowed. It shielded tape with inscriptions “danger zone”, “Entrance prohibited.”

In regional management of the Ministry the situation has not yet commented. According to the publication, the house will soon begin to disassemble.