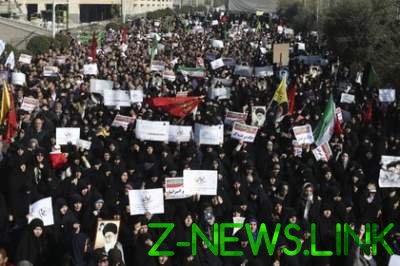 Pavel Durov has responded to lock in his Twitter.

The Iranian government against passing the country’s mass protests blocked access to the popular Republic of Telegram messenger and the photo service Instagram. This is with reference to anonymous source told Iranian state television.

According to the source, this decision is aimed at maintaining peace and security of citizens. He said that such measures taken by order of the Supreme Council of national security.

The Creator of Telegram, Pavel Durov wrote on Twitter that the authorities have decided to block the messenger after the failure of the administration of the project to close the channels of peaceful protesters. It is, in particular, the channel Sedaie Mardom, which at the time of writing, is signed by more than 800 thousand users.

The administration of the social network Facebook, which owns Instagram, has not yet commented on the lock of the service in Iran. The official position of the government of the Islamic Republic is also still unknown.

30 Dec it was reported on the local lock Telegram-channels popular among users from Iran. Thus, the administration closed several pages, one of which was published a recipe for a Molotov cocktail.

Antigovernment demonstrations in Iran began on the night of 28 December. Protests held in many cities across the country, including in Tehran, accompanied by clashes with security forces and attacks on state institutions. According to recent reports, during the demonstrations killed two people.