Home / Video news / In India people killed in passing each other at the train station. Video

In India people killed in passing each other at the train station. Video 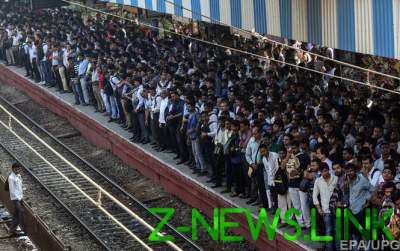 Crush at the station was formed because of the rain.

In India at a railway station in Mumbai in the stampede killed 22 people, another 30 were injured.

According to Indian authorities, the incident at the station Elphinston, where the two largest local branches of the trains that brought heavy rain and overcrowding of the station.

Crush was formed on the pedestrian bridge leading to the station.

The wounded were taken to the nearest hospital. On the scene are the heads of the railway.

The representative of Railways Anil Saxena said that the bridge was completely filled with passengers, some of whom were trying to shelter from the rain, and the others to leave the station.

He also added that the incident would be thoroughly investigated.