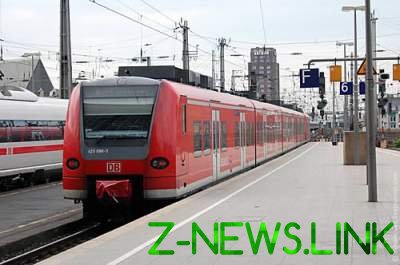 The man survived, but was left without two hands and legs.

In Germany, the 24-year-old resident of the town of Dachau in the Munich suburbs, being in an alcohol intoxication, drunken gait walked along the platform, he staggered, lost his balance and was not kept on platform, falling onto the tracks. The German miraculously managed to survive after he was run over by two trains.

A young man lost both arms and a leg, and then left lying on the train tracks for about 40 minutes before the early morning of Tuesday, December 26, seriously wounded German found two random witnesses.

Upon arrival of police and medics, the victim was still conscious. He was taken to the clinic in Munich in a stable condition, the life of a German is not in danger.

In the blood of a young man was discovered alcohol concentration of 1.8 ppm. The drivers of the trains did not notice a man lying in the morning twilight.