In Cherkasy, the driver put the bus fighters ATO 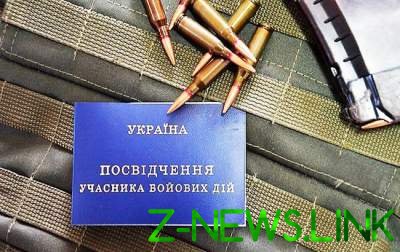 The driver said that the benefits for passengers nobody pays

In Cherkasy region the driver of the regular bus “Kherson-Cherkasy” was expelled from the interior of combatants Alexander Romashina. It happened on November 28.

Atoshnik returned with his wife home in the village of Mikhailovka of the district hospital in Kamenka, but the driver refused to drive and landed right on the roadside.

“My husband – the participant of operations in the day he had aggravated the hernia. Was driving home from the hospital, catching a ride, but the bus stopped in” Mykolaiv-Cherkasy “. Usually pay 6 USD, but the bus driver said that he had travel more – 10 hryvnia, and after the man showed the identity of combatants, generally stunned, – says Lyudmila Romashina.

The driver was rude, and then kicked out of the military wife from the bus.

“The driver rudely asked us what kind of card and insisted on paying the fare. Their actions, he explained that we did not take the ticket at the box office that they don’t cover these benefits. After the rudeness and humiliation, he stopped the bus and kicked us out like dogs in the street, ” said the wife of a soldier.

Aleksandr Romashin said that in the area of ATO was 15 months, go healthy and went back with five hernias because had to wear heavy body armor.

“We do not mind the money but the attitude to us, the combatants, outraged. I went to the area ATO a completely healthy person, and returned with a number of health problems and constantly needs to be treated in hospitals,” explained the man.

Nikolaev, the carrier refused to comment on the incident. He said that he has no time.