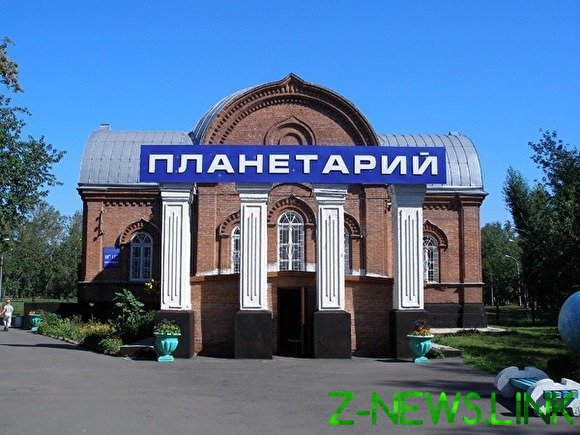 The building of the Barnaul planetarium, one of the oldest in Russia, has transferred in property of the Russian Orthodox Church, reported the press service of the city administration. However, to vacate the premises, which until 1932 was occupied by the exaltation of the cross Church, scientists have only in two years. During this time in the Barnaul city hall promised to find a suitable academic institution building.

Work on the transfer of the building began in 2013, when Prikhod kresto-Vozdvizhenskaya Church sent in a city administration of Barnaul the statement, and had to be completed before the end of 2019. “I believe that we took a good and decent solution, including for residents of the city of Barnaul. On the one hand, the building was returned to the Russian Orthodox Church, on the other, the Barnaul planetarium had the opportunity to continue his work on the usual residents of the place even for a period of two years. During this time we will decide with his new location” — quoted the head of the city Sergey Dugin official website of Barnaul.

See also:  Facebook is developing an interface for deaf people

The question of the transfer of the building of the Russian Orthodox Church periodically raised the last 20 years: the faithful have repeatedly carried out various actions with the similar requirement. There were opponents: supporters of the Communist party in January held a picket against the transfer of the Church building to the planetarium.