In Android there is a new useful feature 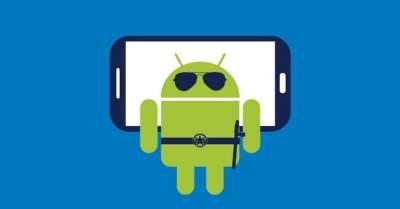 A new feature in Android will save you from scams.

Analysts say that 50% of calls received to your mobile phone this year will be either spam or made for the purpose of fraud. This means that every time you hear someone calling your phone, there is a high probability that the call comes from someone you know and, most likely, that someone is calling because he wants to separate you from your hard earned.

The Federal communications Commission (USA) there are special frameworks and STIR SHAKEN, processing technologies and authentication calls that can use both mobile and fixed service providers to determine whether the number from which an incoming call comes in, the present. Phone Scam specially fake numbers so that they resembled those that are used in your area, because the chance that you pick up the handset, much higher. At the moment only mobile operator T-Mobile USA offers services using a STIR and SHAKEN so you can immediately know whether the number from which a call comes in, the present. But before the end of this year, such services shall implement other operators.

See also:  The Japanese are preparing to release unmanned vehicles

With an elderly US citizen was this kind of unpleasant incident. He used simple push-button telephone, and it is more than 20 times day and night did incoming call with Belarusian numbers. Each call lasted one second, but if the call is accepted, the phone automatically turn on pre-prepared entry in the Belarusian language. Call, unfortunately, in this case could not be blocked as it was used a simple push-button telephone. But what’s the point of these calls?

These calls are calculated on the curiosity of the user. The scammers hope that the victim is interested, who so persistently calling and decides to call in response. That old man three times tried to call back on visiteuses number of scams and every time his account was charged 8 dollars for an international call, and the scammers received the money from these write-offs percentage. Now multiply that by the millions of calls made each day by one million people. Fortunately, for that old man all ended well and his mobile operator compensate him for all that was spent on fraudulent international calls, means.

Still a new feature visible only on smartphones with installed beta Android Q, and then not at all. If the new settings will migrate to the final build of Android or even Q will be available for older Android versions, it will allow device owners to “green robot” to significantly reduce the chances of getting a call from another scammer who wants to profit at the expense of the ignorance of some users.