Home / WORLD / In a culture obsessed with serial killers and murder stories, it’s the state-sanctioned violence we ignore that’s most corrosive

In a culture obsessed with serial killers and murder stories, it’s the state-sanctioned violence we ignore that’s most corrosive 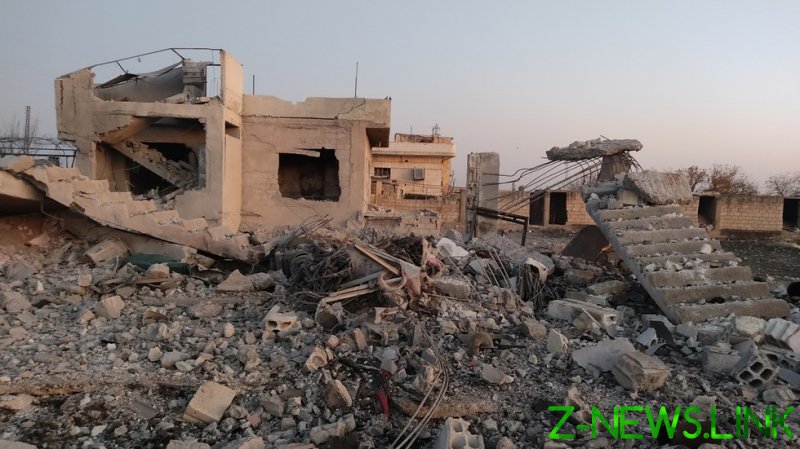 In the wake of the killing of 33-year-old Sarah Everard in London earlier this month, there has been much debate about how to make women feel safer.

For example, the rather radical idea of a 6pm curfew for men has been discussed. Considering that men stuck at home will just marinate in our morally twisted media, which features a plethora of programming that highlights men killing women, that might not make women feel any safer.

Having just finished watching the Yorkshire Ripper documentary on Netflix, I couldn’t help but wonder if the prevalence of such gruesome subject matter in our culture cheapens the sanctity of life and thereby inspires killers.

Our culture’s fascination with violent death can often transform, intentionally or unintentionally, into a celebration of people who kill. In our fame-obsessed, reality TV world, being famous and infamous are now virtually synonymous, and it doesn’t matter how you get the spotlight, just that you do. By lavishing our attention on murdering monsters, we often turn them into celebrities.

I’m not immune to the lurid appeal of a serial killer story, but it feels like a chicken and egg debate, pondering if I watched the documentaries on the Night Stalker and the Yorkshire Ripper because Netflix made them… or if Netflix made them because they knew I’d watch them.

The most interesting serial killer narratives are the ones that explore not so much the serial killers, but our obsession with them.

Fincher’s Netflix series ‘Mindhunter’ dives even deeper into that theme, following two FBI agents as they interview serial killers such as Edmund Kemper, David Berkowitz, and Charles Manson in order to try and understand how they think. Ultimately, the brilliance of the show is that it mirrors its audience by being obsessed with the minds of serial killers.

But does immersing oneself in the crimes and mindset of a killer do damage to our individual or collective psyche?

It is much too simplistic to argue that TV shows and movies about serial killers transform men into murderers.

It’s more accurate to say that the moral guardrails of our culture, most notably religion, have so decayed and been so diminished that there seems no counter-balance to the darker things that naturally intrigue us. In other words, in our fallen world there is no flicker of illumination to give us respite from the relentless darkness.

These serial killer narratives once felt cathartic and even psychologically healthy, when contained within a culture with clear moral and ethical boundaries that acknowledged the precious nature of life. Now that these moral and ethical boundaries have blurred, and the religious foundation for them has been removed or revealed to be fraudulent, serial killer stories feel far less cathartic and much more toxic.

The result of this is, as killer John Doe tells us in Fincher’s iconic ‘Seven’, “We see a deadly sin on every street corner, in every home, and we tolerate it. We tolerate it because it is common, trivial. We tolerate it morning, noon and night.”

This is true of our culture, as news and entertainment are inundated with murder, mayhem, and depravity morning, noon, and night.

Whether it’s scenes of attacks on Asians, or cops brutalizing civilians, or “mostly peaceful” violent protests, or documentaries on the Night Stalker or Nazis, we are perpetually force-fed a toxic media stew which leaves our bellies bloated with bile and barbarity.

It is unimaginable that the culture’s consistent mantra of “if it bleeds, it leads” is healthy, as it destabilizes the weak-minded, desensitizes us to the value of life, and dehumanizes all of us.

Nearly a decade before the flag-waving pornography of the Iraq War’s “shock and awe” bombing campaign, Oliver Stone’s under- appreciated ‘Natural Born Killers’ (1994) skilfully explored this idea of a violent culture creating murderers and a malignant media transforming them into celebrities.

It is not surprising that a culture that made media sensations of Ted Bundy, Richard Ramirez, and Charles Manson celebrated more “respectable” serial killers like George W. Bush, Dick Cheney, and Donald Rumsfeld when they unleashed their carnage.

It seems to me that the media’s glorification of the industrial-scale, state-sanctioned, military industrial complex murder machine does more to damage our collective psyche and diminish our sense of the preciousness of life than stories about lone murderers.

I’m less worried about the psychological effects of a serial killer documentary than I am about Americans’ ambivalence regarding their country’s war crimes committed in Yemen.

I’m less worried about ‘Seven’ inspiring a lunatic than I am about the US and UK killing people in Syria, Iraq, Afghanistan, and Iran.

I’m less worried about Ted Bundy’s body count than I am about the body count of Bush, Blair, Obama, Trump, and Biden.

The death of Sarah Everard is a tragic symptom of the disease of indifference to the sanctity of life that ravages our culture. The majority of blood on our collective hands is not just a result of watching too many serial killer movies, but of turning a blind eye to the violence done in our name to innocent people across the globe.