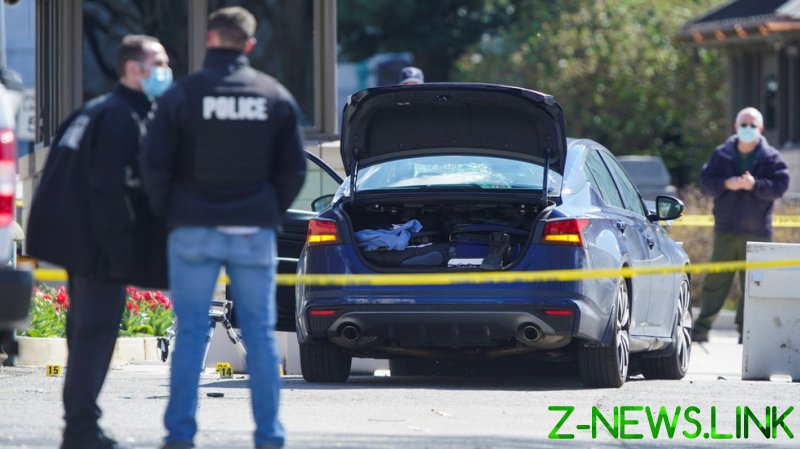 A suspect identified in media reports as Noah Green, 25, rammed his car into security barriers near the Capitol on Friday afternoon, killing officer William Evans and injuring another. Green was shot dead as he exited the vehicle brandishing a knife, ending the onslaught.

Though the attacker did not use a gun during the crime and by all indications did not have one in his possession, Twitter’s blue checks found a way to force gun control into the conversation in record time, with Democratic Rep. Ilhan Omar (Minnesota) arguing in a tweet that “the death toll would have been worse if the assailant had an AR-15 instead of a knife.”

Detractors rejected the hypothetical as an irrelevant ‘what if,’ as some condemned the politician for politicizing the attack a mere hours after it unfolded.

Omar’s tweet may have been inspired by MSNBC pundit Mehdi Hassan, who asked his followers just 20 minutes prior to “imagine the police death toll” if Green had been armed with an AR-15 instead of a knife, topping off the post with “#guncontrol.” CNN’s Don Lemon also managed to slip in a reference to AR-15s – seemingly at random – during a live broadcast later on Friday night.

Netizens met Hassan and Omar with their own made-up scenarios, asking what might have happened if Green “flew a plane into the gates” of the Capitol, came armed with a “lightsaber,” or – perhaps even worse – showed up to the federal property “not wearing a mask.”

The abrupt shift to demands for gun control came after an army of left-of-center pundits raced to blame the attack on a “white guy” and “white supremacy” just moments after the news broke, with many leaping to that conclusion after authorities said the assault did not appear to be linked to terrorism. The claim quickly fell apart after it emerged the assailant was not white.

While police are still determining what Green’s motives may have been, media reports and screenshots detailing his social media activity in the weeks leading up to Friday’s attack show he was concerned that the US government was attempting to place him under “mind control.” In another post on Instagram, he reportedly claimed the CIA or the FBI had caused him “terrible afflictions,” though did not specify what he meant.