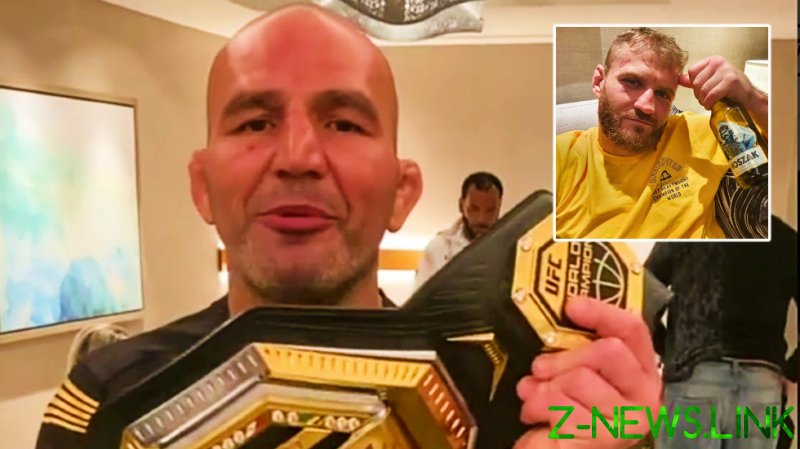 In the headline bout of an action-packed UFC 267 card in Abu Dhabi on Saturday, 42-year-old Teixeira started as a heavy underdog as he challenged Jan Blachowicz, the feared Pole and winner of his previous five fights.

Nine years after his UFC debut and seven since his previous shot at the title, when he lost to Jon Jones on a unanimous decision at UFC 172, Teixeira looked the stronger fighter from the outset.

The irrepressible veteran took Blachowicz to ground in a successful first round, then weathered shots before downing his opponent again on the way to a shock second-round victory via rear-naked choke.

“I have no words to describe it. I’m breaking the rules at 42 years old and I’m going to keep breaking those rules. I love this – this is my house. I look at the blood [on the canvas].”

Blachowicz and Teixeira had traded words of respect in the build-up to the fight, and the winner reiterated his admiration for his opponent following his victory.

The 38-year-old elaborated on what he perceived as his shortcomings as he posed with a well-deserved bottle of beer in the aftermath of his defeat.

“Today I left the legendary polish power in the hotel room,” he wrote. “Congrats to Glover, who won fair and square – well deserved.

“Remember that the last pages of my story are still unwritten. Thank you for all the support.”

The oldest ever UFC champion is Randy Couture, who won the heavyweight title when he was 45 in 2008.