Home / economy / If Russia will not last 63 days, it will be very bad 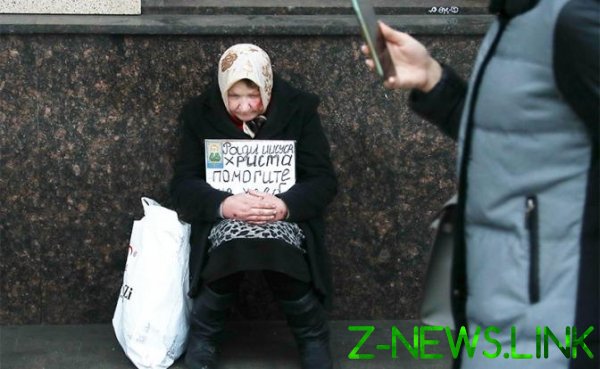 Savings of Russians in case of job loss on average will last for 63 days. Almost half, 42%, after dismissal will be able to pay all the necessary expenses only for a month. This is indicated by the results of a survey of the National center for financial studies (NAFI).

Money to last more than three months, there will be only 10% of respondents.

In a better position residents of Moscow and St. Petersburg: they in average have the funds for 83 days. In the worst the peasantry: rural savings is enough for 53 days.

According to the head of social and economic research NAFI Elena Nikishova, the study says about the lack of Russians have sufficient savings, which means that in case of loss work most people will apply for loans.

Another study, commissioned by the SK “Rosgosstrakh-Life” and the Bank “Discovery” has shown that any savings are not more than 60% of Russians, and most of those who have they are still there, enough for them in case of sudden job loss for six months.

There were other studies on this topic, and all of them — even prior to the current protracted, apparently, the crisis showed that the personal airbag of the population is extremely flimsy.

— After the crisis of 2009, which ended quickly, the power was set too optimistic. Apparently, the state government was confident that the long crisis in General is impossible, because oil prices after the fall will quickly rise to the level allowing to maintain the country’s economic stability. Now, when it became clear that in the foreseeable future, oil will be cheap, the power gradually starts to realize that you have to take urgent measures to support the population that has no savings, allowing it to stay at least a few months of the crisis.

“SP”: — Now we need to quickly expand the program of support of the population for those who are primarily affected by the crisis. What?

— Already have the experience of other countries that have taken action to support social groups that may suffer more than the others from the economic crisis. First of all, it is necessary to prevent the rapid emergence of mass unemployment. Therefore, in many European countries the government compensates the entrepreneurs part of the wages of those workers who are now in the context of measures against the spread of coronavirus forced to stay home.

In Denmark, the entrepreneurs can receive from the state up to 90% of money paid. Businesses get preferential loans in order to pay the rent, they are freed from debt servicing to banks that in turn receive compensation from the state. In many countries, people with low incomes give out financial assistance to them there was no need to drastically reduce the level of consumption, thereby creating a threat of massive cuts in services and retail trade.

We have, as you know, nothing. The increase in the unemployment benefits thing, of course, good. But it must first obtain, and you need to register at the labor exchange, so that money goes into the economy in just a few weeks. And they need it now.

In addition, such a measure does not prevent the rapid emergence of mass unemployment, which triggers a sharp decline in consumption, leading in turn to further cutbacks in construction, in services and in trade. In large cities in these areas employ hundreds of thousands of people, so their crisis will have severe social consequences.

— In the most resource-rich country, continue to live the poorest people, — continues the theme of the Director of the Center for the study of problems of forming of civil society of the Institute of innovative development Dennis Sommer.

— The crisis of 2014-2015 has made each citizen of our country poorer than twice. It’s not about a reluctance to postpone something for tomorrow, just opportunities for people no brainer. Many are trying something pending to keep in different currencies, with the only sense — completely not to devalue the small amount of funds. The government accepts anti-social measures, raising the retirement age, optimizing health care and education, to an even greater extent devalues the work and earnings of our citizens.

“SP”: — How will people get out of the situation?

— I’m afraid that most of the measures of support of Russian citizens, which the President said, and did not reach the sphere of small enterprises, where the degree of profitability depends on a constant flow of customers and turnover, otherwise they’ll just close. Comes to mind the method of the 90-ies, when many fled their testiomony subsistence farming, which was donated by the Soviet authorities.

Well, we always lived by the principle “the rescue of drowning — the handiwork of drowning”.

Look what is happening now — the government has failed to provide the population with even basic protections, the same notorious medical masks.