Home / WORLD / If ‘my body, my choice’ means anything at all, it means having the right to refuse the vaccine

If ‘my body, my choice’ means anything at all, it means having the right to refuse the vaccine 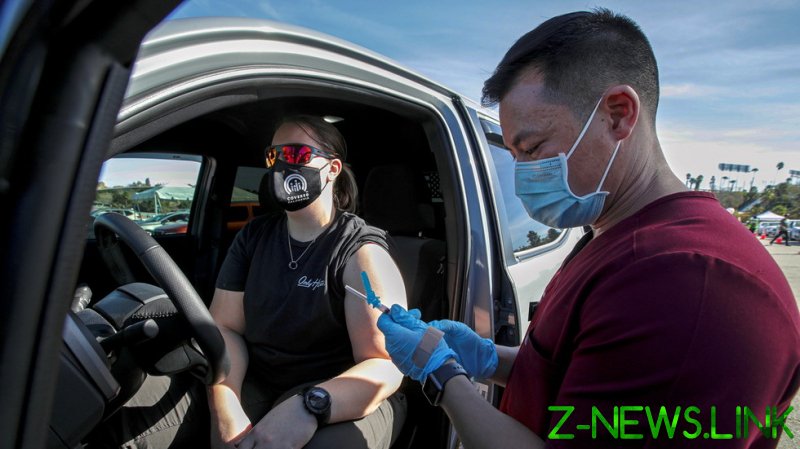 Spring is here, and vaccine fever is in full swing. My social media is flooded with selfies of people proudly displaying their vaccine cards – the post-pandemic version of engagement photos, it would seem. Friends sometimes text me joyously to tell me they’ve received their second shot, and then doggedly inquire as to whether or not I’ve gotten mine. I feel like I’m in my senior year of high school all over again, except that comparing college admissions letters felt decidedly more fun.

I’m not personally anti-vax, so I’ll probably get the vaccine at some point if I 1) have to do so for any reason or 2) need to seek shelter at a City MD on a rainy day. But I am already growing a little concerned that the vaccine is going to become yet another weapon in the virtue signaller’s armory, instead of an end to the pseudo-dictatorship we’ve been living under, as was promised.

If – as it seems likely – I will need to be vaccinated in order to attend an event, for example, that just makes no sense at all. I was already a little annoyed by the “If you’re leaving the house, you’re selfish; stay home to protect others” rhetoric, but this is just absurd. If you’re vaccinated, you’re protected, so whether or not the person adjacent to you has received a shot does not affect you in the slightest.

If you think that it does, I would like to ask you to explain the reasons out loud to yourself. If you have any self-awareness whatsoever, you will likely realize you might have some significant control issues.

I’ve actually heard a few people make an argument that boils down to, “I’m being a good person by lecturing someone about why they need to take the vaccine because they simply still don’t understand the risks of Covid.” I’m sorry, but that’s just condescending. I’m not a licensed psychologist, but it feels like the clearest form of Hero Syndrome I have ever seen.

I also know of some people who are dead set against getting the vaccine, and I’m not sure they deserve to be mocked and derided by the do-gooders on social media. The party line on social threads is that the vaccine is safe and it’s effective… but you really can’t say that with any degree of certainty about something that’s so new.

“Why would I put something into my body that has more of a chance of killing me than the thing it’s trying to cure?” a friend of mine recently said.

“I see ‘My Body, My Choice,’ went out the window really fast,” another friend of mine recently said about the push to get everyone fully vaccinated, whether or not they want to.

This might all sound a little dramatic, but I can absolutely see where they are coming from. The Covid mortality rate is relatively low, whereas the side effects of the vaccine are still unknown. I can understand the logic of preferring to take a relatively small risk instead of one that still carries a large question mark.

On Friday, the CDC and FDA officially recommended putting a pause on the single-shot Johnson and Johnson vaccine due to reports of blood clots that occurred among women who took it. A 43-year-old man in Mississippi recently suffered a stroke that left him paralyzed hours after receiving the vaccine.