Home / WORLD / ‘I need to relax and make a decision’: Manny Pacquiao unsure of future as boxing legend beaten by Yordenis Ugas in ring comeback

‘I need to relax and make a decision’: Manny Pacquiao unsure of future as boxing legend beaten by Yordenis Ugas in ring comeback 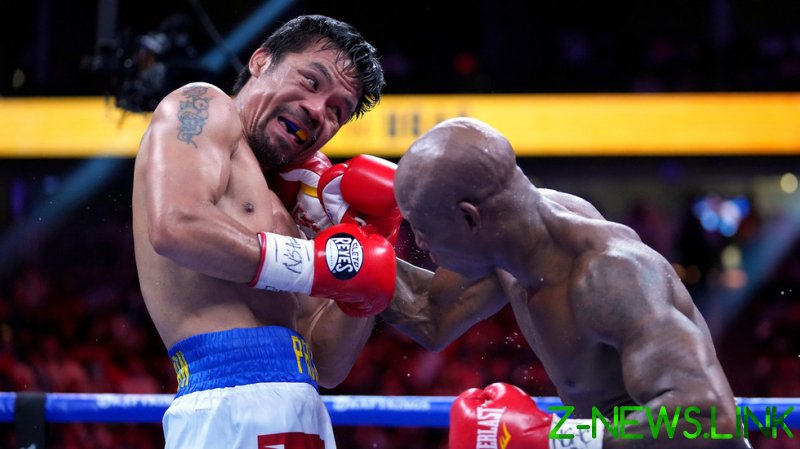 Ugas, who was drafted in to replace original opponent Errol Spence Jr. on just two weeks notice in what was Pacquiao’s first fight since a July 2019 win against Keith Thurman, seemed a step ahead of his experienced opponent throughout, finding a home for his laser-sighted job early and often.

The Cuban fighter also stifled Pacquiao’s trademark flurries by landing right hands down the middle to contain any momentum that he was generating.

Ugas, meanwhile, was full of praise for his opponent – but made clear that the plaudits should be headed his way for the performance.

“I’m very excited but most of all, I want to thank Manny Pacquiao for giving me this opportunity in the ring today. We only had two weeks of training but I listened to my corner and it all worked out.

“I told you I am the champion of the WBA and I showed it tonight. A lot of respect for [Pacquiao], but I won the fight.”

And if Pacquaio does call time on his iconic career, he has certainly left a mark on the sport.

“Not his night tonight, but Manny Pacquiao remains the only fighter in the entire history of boxing to reign as world champion in four separate decades,” wrote reporter Michael Benson online.

“If that was Manny Pacquiao’s last fight, I want to thank him for never ducking dangerous opponents and ALWAYS COMPETING WITH ALL HIS HEART AND SOUL,” added U.S. television personality Skip Bayless.

“Manny will always be one of my favourite fighters ever, I was lucky enough to be on his undercard,” wrote undefeated fighter Michael Conlan.

“If that was the last time we were to see him box, just be happy you got to witness greatness over the last 20 odd years! What a legend of a man & fighter.”