Home / WORLD / ‘I don’t think big brother ought to tell me to do it’: Rand Paul sets off critics by refusing Covid-19 vaccine

‘I don’t think big brother ought to tell me to do it’: Rand Paul sets off critics by refusing Covid-19 vaccine 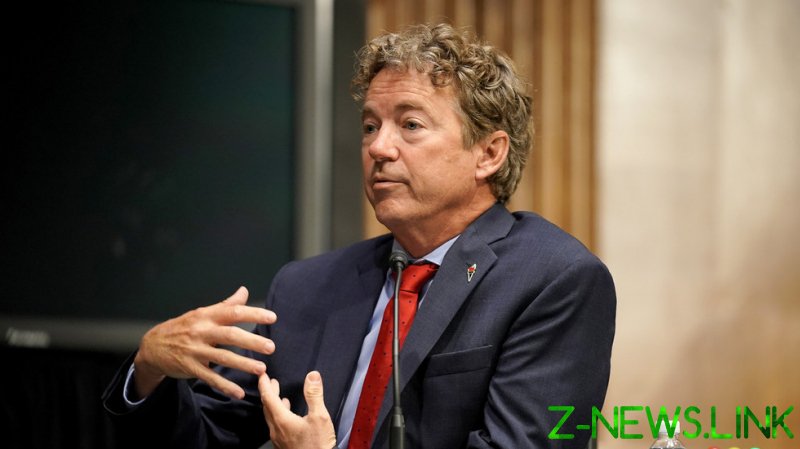 Paul, an ophthalmologist, explained his decision on Sunday during a radio appearance on WABC 770 AM.

The senator said unless evidence comes to light that people who have been infected with Covid-19 are getting reinfected and dying at high rates, he will opt out of the vaccine, noting that having previously had Covid-19, he now has “natural immunity.”

The Centers for Disease Control and Prevention (CDC) has encouraged people who have had Covid-19 to still get vaccinated, saying that “experts do not yet know how long you are protected from getting sick again after recovering,” though reinfection is “rare.”

The libertarian-leaning senator has been one of the most vocal critics of the government’s handling of the pandemic, getting into multiple heated arguments with White House health adviser Dr. Anthony Fauci about the actual safety that masks provided and the effects of pandemic-era lockdown measures.

Paul’s declaration follows reports that congressional Democrats are 100% vaccinated, while Republicans lag, with several saying they do not plan on getting inoculated.

The Kentucky senator’s open dismissal of getting vaccinated has set off alarms with critics, many of whom did not respond directly to Paul’s reasoning but rather accused him of discouraging getting vaccinated.

“This buffoonery is one of the main reasons we’re still unnecessarily losing hundreds of Americans each day,” author Amy Suskind tweeted in response.

“So brave… Such a leader… so manly…” Rep. Adam Kinzinger (R-Illinois) sarcastically added.

Paul contracted Covid-19 in March of 2020. He was the first senator known to have gotten the virus.

Recent polling has shown vaccine hesitancy is much higher among Republicans, though CDC data shows nearly half of US adults have received at least one vaccination dose.