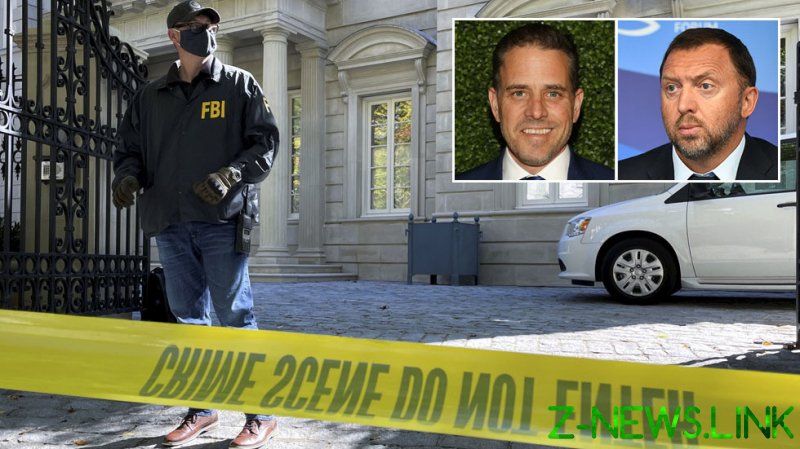 According to a June 3, 2011 email from Hunter Biden to the US aluminum conglomerate Alcoa, he offered a “statistical analysis of political and corporate risks, elite networks associated with Oleg Deripaska” and a “map of OD’s networks based on frequency of interaction with selected elites and countries.” His asking price was “$25,000 for phase one of the project” and “$55,000 for refined analysis.”

The offer was made on behalf of Rosemont Seneca, the company run by Hunter Biden and Christopher Heinz, stepson of then-senator and future Secretary of State John Kerry.

Deripaska is the founder of the Russian aluminum giant RUSAL, and was therefore of interest to Alcoa, which had been bought out by the transnational Rio Tinto in 2007.

Hunter’s original email was addressed to Daniel Cruise, Alcoa’s VP of government and public affairs. An email from Cruise’s colleague Pei Cheng, dated June 8, 2011, says the analysis isn’t worth $55,000 but that Alcoa would be interested in “the list of Russian elites connected to OD [Deripaska] that would not otherwise be on Government Affairs team’s radar, including various Russian Committee Heads, Union leaders or Ministers.”

Biden then dropped the asking price to $25,000, but Alcoa “missed the point,” according to a June 10 email from his business associate Eric Schwerin. It wasn’t clear what happened to the discounted offer after that.

The hard drive of the laptop Hunter Biden abandoned in a Delaware repair shop in 2019 – obtained by the New York Post and other outlets – contains thousands of emails showing that the younger son of senator, then-vice president, and now President Joe Biden has banked on the family name to sell dubious services to a variety of companies at home and abroad.

Most famously, Hunter was brought onto the board of a Ukrainian gas company Burisma after the 2014 US-backed coup in Kiev, where he stayed until his father launched his presidential bid in 2020. Back in 2015, he also asked for $2 million in fees to help unfreeze Libyan assets seized after the 2011 ‘regime change’ intervention.

The Post’s revelations about the laptop in October 2020 got them shadowbanned on Facebook and locked on Twitter, with Biden’s campaign claiming the story was “Russian disinformation” and “hacked materials,” both of which turned out to be false.

Deripaska was sanctioned by the US in 2018, based on allegations he was “laundering money” for Russian President Vladimir Putin and other accusations, for which no evidence was provided. On Tuesday, properties belonging to his relatives in New York and Washington, DC were raided by the FBI.

The RUSAL magnate has denied the US allegations, arguing that Putin “didn’t even trust me for ten minutes with a pen,” in reference to the famous 2009 incident caught on tape.

Commenting on Tuesday’s raids on his Telegram account, Deripaska described the US political establishment as “staggeringly dumb” for continuing to believe conspiracy theories about Russian meddling in the 2016 presidential election, and mocked the FBI agents for acting like “Bolshevik dogs,” looting the abandoned properties for “the jam that went off in the pantry, or the vodka.”