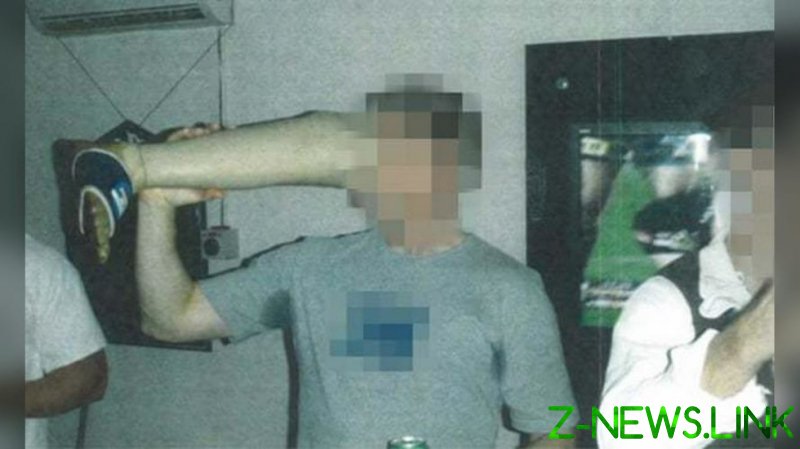 Several photographs of Aussie soldiers guzzling alcohol from the artificial limb were published in December, and became graphic displays of alleged gross misconduct by Australian troops stationed in Afghanistan. However, it now appears that the macabre drinking ritual, which purportedly took place at an underground bar located at an Australian military base in Afghanistan, was far more widespread than previously known.

One of the soldiers connected to the story, Ben Roberts-Smith, is suing three Australian outlets – the Age, the Sydney Morning Herald and the Canberra Times – for defamation over reports from 2018 which detail alleged war crimes that he took part in. According to the disputed reports, the leg was “souvenired” from an Afghan civilian who had been shot and killed by Ben Roberts-Smith in 2009.

The soldier’s lawyers have claimed that the limb belonged to a Taliban fighter and that Roberts-Smith did not shoot him. Furthermore, Roberts-Smith never drank from the prosthetic leg and found the idea of taking the fake body part as a souvenir “disgusting,” his complaint states.

But with the case set to begin next week, Roberts-Smith’s lawyers have told the federal court that they are struggling to meet the deadline to itemize all the photographs included as evidence.

“We cannot do that for hundreds of images of soldiers drinking from the leg – it’s too onerous, it’s too long,” Matthew Richardson, one of the lawyers, told the court in a pre-trial hearing, as cited by the media.

According to reports, the artificial limb became a coveted trophy of the Australian soldiers. It was allegedly mounted on a wooden plaque, alongside an Iron Cross – a military decoration used in imperial and Nazi Germany. The display was allegedly captioned with “Das Boot.”

The publication of several of the potentially incriminating photographs in December followed the conclusion of a four-year probe which found “credible evidence” of war crimes committed by elite Australian troops in Afghanistan. The Australian military has since apologized to Kabul “for any wrongdoing by Australian soldiers.”