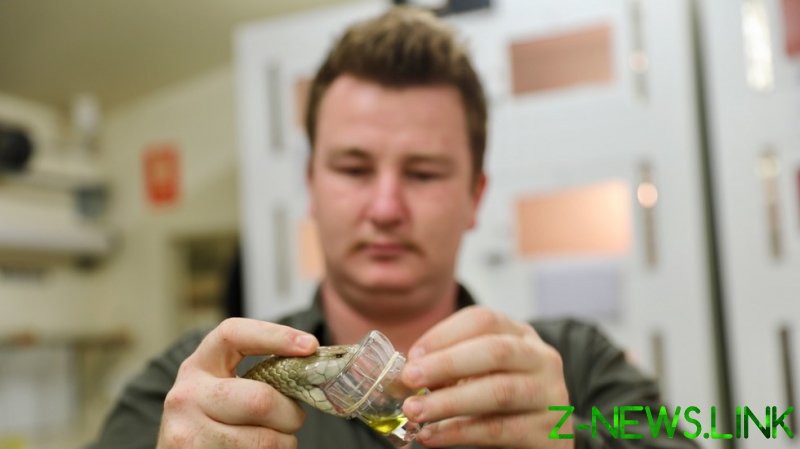 Scientists from the Okinawa Institute of Science and Technology Graduate University and the Australian National University examined “co-operating” genes associated with venom production but not directly responsible for it in the Taiwanese habu snake (Trimeresurus mucrosquamatus), finding over 3,000.

These venom-associated genes carry out housekeeping, such as protecting cells from stress through protein production. The researchers found that, far from snakes, spiders, bats and other assorted venomous creatures, dogs, chimps and even humans have their own versions of this same genetic defensive architecture.

“Many scientists have intuitively believed this is true, but this is the first real solid evidence for the theory that venom glands evolved from early salivary glands,” study author Agneesh Barua said, adding, “It definitely gives a whole new meaning to a toxic person.”

At some point, snakes went all-in on the venomous arms race, while other creatures, like shrews, opted for a simpler, less potent venom. Humans developed different self-preservation strategies instead.

“Essentially, we have all the building blocks in place,” said Barua, referring specifically to kallikreins, proteins that digest other proteins which are secreted in human saliva and play a key role in many venoms found throughout the animal kingdom.

Kallikreins are very stable, and therefore not at the mercy of mutation when it comes to functionality, instead resisting and developing new, horrific capabilities, like making venom more painful. Kallikreins can also cause a precipitous and often fatal drop in blood pressure.

The research is unlikely to lead to the development of venomous superpowers in humans any time soon, but it could yield insights into medical research, particularly cancer research, through improved understanding of tissue development within the human body, both in the past and amid the onset of disease, as well as subsequent associated and problematic secretions from these tissues.