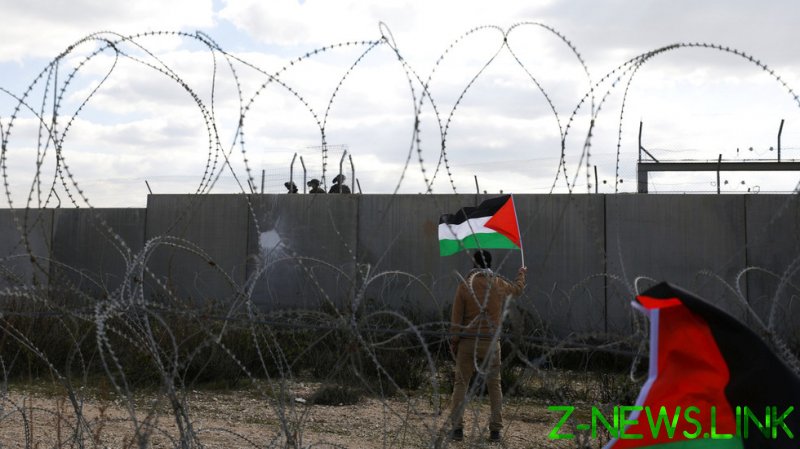 “The purpose of this spurious report is in no way related to human rights, but to an ongoing attempt by HRW to undermine the State of Israel’s right to exist as the nation state of the Jewish people,” Israeli Strategic Affairs Minister Michael Biton said.

The Israeli Foreign Minister branded the claims in the 213-page document “preposterous and false,” and accused the rights group of maintaining “a long-standing anti-Israel agenda.”

The angry reaction came in response to a report titled ‘A Threshold Crossed: Israeli Authorities and the Crimes of Apartheid and Persecution’, which HRW released on Tuesday. It accused Israel of systematically privileging Israeli Jews and violating the rights of Palestinians living both in Israel proper and in the territories that Israel occupied during the 1967 war with Arab states.

“Laws, policies, and statements by leading Israeli officials” make it clear that Israel wants to maintain “Jewish Israeli control over demographics, political power, and land,” and, in pursuit of this objective, Israeli “authorities have dispossessed, confined, forcibly separated, and subjugated Palestinians by virtue of their identity,” the report said. In some areas, “these deprivations are so severe that they amount to the crimes against humanity of apartheid and persecution.”

HRW stressed that it was not using the terms rhetorically, but in a legal sense, guided by how “apartheid” and “persecution” are described in international law. The report is to be referred to the International Criminal Court (ICC), which has the mandate to prosecute crimes against humanity. In March, the ICC Office of Prosecutor said it had initiated an investigation into the situation in Palestine.

Israel rejects accusations of discrimination against its Palestinian citizens and does not acknowledge responsibility for non-citizen Palestinians, citing the existence of the Palestinian Authority. It also considers the Gaza Strip as a hostile entity controlled by terrorist forces. Israeli officials routinely blame those questioning its treatment of Palestinians of harboring anti-Israeli bias and being anti-Semitic.

Critics cite the overwhelming control that Israel has on most aspects of life in the Occupied Territories. In the West Bank, which technically falls under the rule of the Palestinian Authority, the Israeli military controls more than half of the territory. Israeli Jews living in the internationally unrecognized settlements in the West Bank do so under civilian laws and enjoy full citizenship privileges.

The Gaza Strip is subject to a strict Israeli-Egyptian blockade, with matters such as travel, trade, and fishing dependent on Israeli goodwill. East Jerusalem was de facto unilaterally annexed by Israel in 1967 and is considered under Israeli Basic Law to be part of its indivisible capital.

Israeli policies regarding Palestinians have lately been increasingly described as apartheid. In January, the prominent Israel-based rights group B’Tselem, describing the entire territory being effectively under the control of the Jewish state, said a “regime of Jewish supremacy” has been established “from the Jordan River to the Mediterranean Sea.”