Home / phones / HTC will release a smartphone U11 Plus

HTC will release a smartphone U11 Plus

A few days ago it became known about the preparation of the company HTC to release three new smartphones, each of which will be released before the end of the current fall – one will be released in October and two, respectively, in November. Today was revealed the name of one of the units – it will be U11 Plus, announcement of which is scheduled for November. 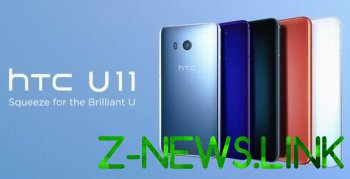 Recall that a substantial part of the assets of HTC is now owned by Google, so three new smartphones may be the last with the once-famous logo on the case. Smartphone U11 Plus is currently known under the code name Ocean Master, and this 6-inch monoblock with the screen from JDI with an aspect ratio of 18:9 and narrow ramkami sides. The sensitivity of these side frames to your taps is not going anywhere, and the screen will get a resolution support Quad HD.

Inside the smartphone will be 4 or 6 GB of RAM, hard drive 128, or 64 gigabytes top of the line Qualcomm CPU 835, which everyone has now flagship. The announcement U11 Plus will take place on November 11 and this day will tell us about the fast charging Qualcomm Quick Charge 3.0 and a primary camera at 12 megapixels, and will also try to convince you that a smartphone that will certainly get a high cost, will be worth the money. Recall also that Google itself is also preparing for the announcement of two of their devices – Pixel 2 and the 2 XL, and they will show on 4 October.