Home / policy / How will the Union Lukashenko and Kiev against Moscow 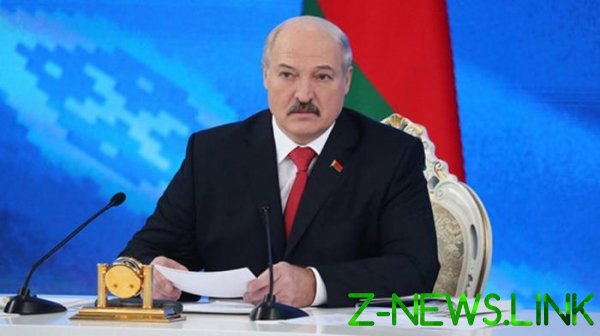 Analyst Yevgeny Satanovsky warned the Belarusian leader about the consequences of his tendency to flirt with the enemies of Russia.

The fact that the rhetoric of the Belarusian leader Alexander Lukashenko against Russia with the approach of the day of the presidential elections in his country is more aggressive in nature, did not remain without attention of the analyst Yevgeny Satanovsky. So, your Telegram channel “Armageddon” the expert said ironically that Lukashenko believes that relations between Belarus and Russia is not brotherly and partnership.

“Obviously, MMM remembered Lenya Golubkov. He is now also not a cheapskate, and the partner?”, — said Satanovskiy, and then more seriously added on this subject: “whether he’s completely fit your choices is crazy, whether the advisers he has such, or decided to spend God knows why blackmail to such an extent subtle and cunning that he himself in his arguments confused.”

The expert emphasized the willingness Lukashenko not only in word but in deed to go for a political confrontation with Russia. In an apparent confirmation of this state of Affairs, they pointed to the transfer Minsk Kiev list detained in Belarus in dubious circumstances of Russian citizens.

“Overtures Farther in the direction of Ukraine, on the topic of the transfer of former Ukrainian and now Russian citizens, in this case, the signal is bad”, — said on this occasion Satanovsky, indicating that the Belarusian leader clearly goes too far, provoking this way a serious political conflict with Moscow. The expert noted that further developments in a similar vein can be perceived by the Russian side as a betrayal, which threatens serious political changes throughout the region: “There he is on the enemy arises. Whatever Danelia was in “kin-DZA-DZA”? “Bad, my dear”. It for Ukraine will end badly. And for anyone with Kiev against Moscow will stand.”

Earlier Satanovsky spoke about the most effective strategy of the Russian Federation, which will provide her with effective protection of their own interests in the international arena. Read more…