How Russian troops confronted NATO forces in Yugoslavia, in a significant post-Soviet first 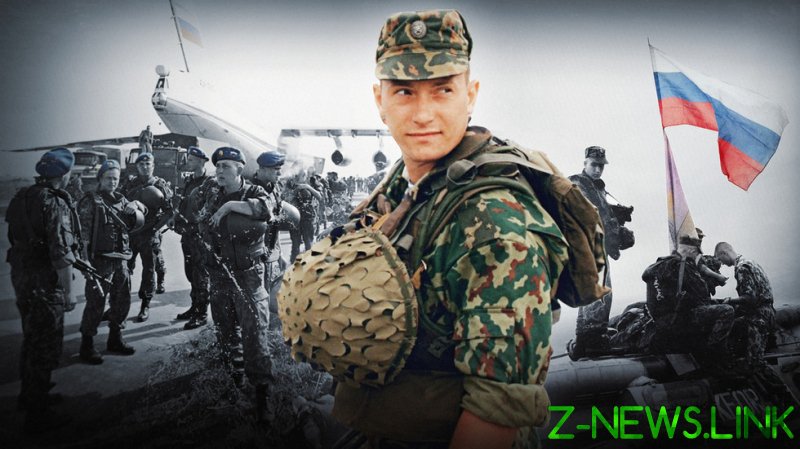 The events, of the 1990s, in Yugoslavia are often overlooked in discussions about today’s relations between Russia and the West. Many fail to grasp why public opinion in Russia, which had looked favorably on the US and Western Europe after the Soviet collapse, suddenly shifted to a position of increased skepticism.

The formal pretext for the NATO bombing of Yugoslavia was the Kosovo War. The Kosovo Liberation Army (KLA), a group of ethnic Albanian rebels, had been fighting a guerrilla insurgency and organizing terrorist attacks on Serbian government forces, while the Serbs had tried to retaliate.. Both sides committed atrocities, but the West, motivated by political considerations, chose to support the Albanians.

From March 24 until June 10, 1999, NATO forces conducted a massive aerial bombing campaign against Yugoslavia. There are various reports on the exact number of victims, but anywhere from 270 to 1,000 military and police and 450-2,500 civilians were killed, while the economy and infrastructure suffered major losses. Belgrade agreed to all of the terms demanded by the winning side, and NATO’s peacekeepers were deployed to Kosovo, replacing Serbian-led forces. 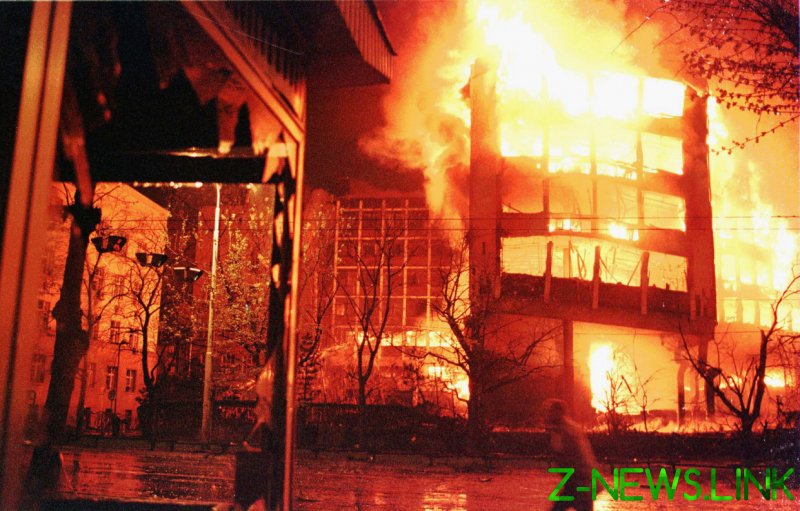 A building ablaze after the NATO bombing. © Yannis Kontos / Sygma via Getty Images

This was seen as a tragedy by the Russians. Historically, Russia has had strong ties, and an emotional connection, with Serbia.

The USSR had just fallen apart and the Chechnen rebellion was still a major concern, so Russians understood the Serbs’ situation very well. Many believed at the time, and still believe now, that Russia avoided the Yugoslavia scenario only because it was a nuclear state.

Many Russians reacted with protests in front of the US embassy and the diplomatic missions of its allies who participated in the bombings. Some even went to Yugoslavia to fight alongside the Serbs as volunteers. As a state, however, Russia was in no position to do anything substantial to support its long-time friends.

The country was trying hard to recover from a devastating economic crisis. The domestic political scene was also very tense, and the army was in shambles. Nonetheless, Moscow wanted to be included in the peacemaking operation in Kosovo and, ideally, to get a mandate to deploy its peacekeepers in the north of Kosovo, which was home to the local Serbian population.

This was a very reasonable idea, since ethnic Serbs had no one to protect them against ethnic cleansing after the Yugoslavian army was expelled from the area. But to NATO, this looked way too ambitious. Given that the US-led bloc was unwilling to cooperate, the Kremlin decided to try and force its hand into accepting Russia’s participation. 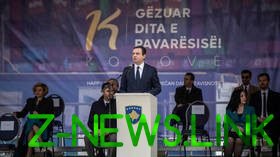 The plan was pretty simple and consisted of a maneuver by Russian troops that were part of the Stabilization Force in Bosnia and Herzegovina (SFOR). A combined Russian battalion was to enter Kosovo, reach the city of Pristina, and secure its airport. This was then to be used as leverage in talks about Russia’s participation in the international peacekeeping effort.

On June 10, the Russian SFOR received covert instructions to prepare 200 troops and light armored vehicles and march to Slatina Air Base in Pristina. The combined battalion of Russian paratroopers was to accomplish the mission under the command of Colonel Sergey Pavlov. Today, Pavlov trains cadets at a military academy.

Politically, the plan was produced by the Russian Foreign Ministry and the GRU, the country’s military intelligence agency. There were significant factions within the Russian government that didn’t support the idea. Precautions were made to prevent any leaks. Only six people had full access to the information about the plan.

A separate small unit was already stationed in Kosovo. It consisted of 18 soldiers from the GRU special task force commanded by Yunus-Bek Yevkurov. As agreed with the Serbs, Yevkurov was appointed commander of this group, tasked with a reconnaissance mission – they were to prevent any unexpected occurrences at the airfield when the main forces arrived there.

The special task force operated in an efficient and unobtrusive manner, carrying out reconnaissance missions and keeping the situation under control, while trying to avoid encounters with NATO troops and KLA fighters. 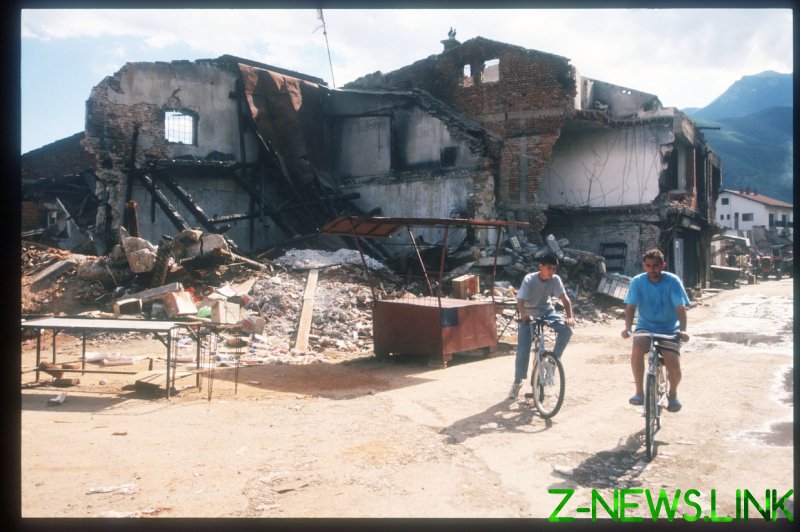 Meanwhile, preparations for the planned operation were underway in Bosnia. The Russian airborne unit organized a military drill as a cover allowing them to get the equipment and troops ready for the launch of the operation. Each soldier was issued a double ammunition load and enough dry rations to last for 10 days.

At 4am on June 11, the group left the Bosnian town of Ugljevik, driving their APCs and trucks across Yugoslavia towards Pristina. There was a total of 15 APCs and 35 military vehicles carrying 206 soldiers. Apart from common military trucks, there were several refueling vehicles and a communications vehicle in the column. They had to cover a distance of over 600km to get to their destination. Because of the emphasis on speed, initial plans calling for a larger convoy were pared down to just the essential vehicles.

The column moved forward at a high speed – approximately 80 km/h – because the Serbian police had cleared the road for them, thus securing a ‘green corridor’. 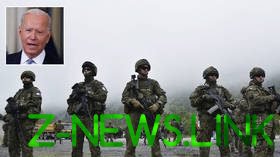 In Yugoslavia, the column received a very warm welcome from enthusiastic crowds. In Pristina, Serbs showered the Russian APCs with flowers as they passed. This was indeed a very pleasant experience for the troops, but it also slowed down their march. The APCs finally reached the concrete tarmac of the Slatina Air Base just before dawn. The Serbian soldiers greeted them very cordially, then delegated control of the airfield to them and left their positions.

At approximately 11am, British and French troops moved out towards Pristina from Macedonia. The British attempted to use Slatina’s runway to land their helicopters, but the Russian APCs patrolling the airfield prevented this from happening.

“General Wesley Clark was furious. I couldn’t fault him for that, but I knew that, fortunately, we weren’t on the brink of World War III,” US President Bill Clinton recalled later.

General Sir Michael Jackson, who was in command of NATO’s Kosovo Force, stepped forward and ordered British tank crews to move out towards the airfield. At that moment, the Russians’ interpreter, senior lieutenant Nikolay Yatsikov, told the British that if they were to proceed the consequences would be dire. At this time a single Russian soldier, whose last name was Ivanov, stepped out and moved defiantly toward the tank, clutching a grenade launcher and ready for combat. 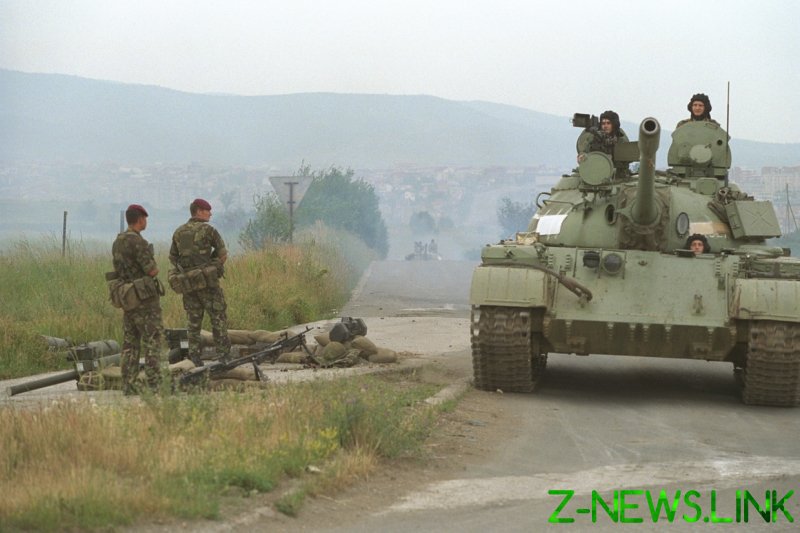 The British would have had no trouble defeating the 200-strong Russian battalion. However, that could have ignited a war between two nuclear powers. And that is exactly what Jackson said to his superiors: “I’m not going to have my soldiers be responsible for starting World War III.”

The British personnel surrounded the airfield. Russian paratroopers spent the next few days encircled. Meanwhile, the politicians continued to negotiate.

The result of these negotiations was, by and large, a disappointment. Russia was able to send a contingent of its troops to Kosovo, but it didn’t get its own separate sector. Effectively, that meant that Kosovo’s Serbs would never receive adequate protection from the Albanian fighters’ campaign of terror. Russia was a weak nation at the time, and it couldn’t make up for its lack of political, economic, and military power with a few bold moves.

Over the next few years, a Russian peacekeeping force (a total of 650 men) served in Kosovo. The troops withdrew from the province in 2003.

Throughout these years, ethnic cleansing took place in Kosovo, with NATO’s silent approval. The majority of the Serbs left the province; many were killed. Serbian monuments and historic sites were wiped off the face of the earth. 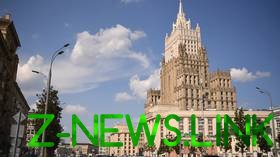 Ultimately, Russia’s seizure of Pristina airport did not result in any major political change. Moscow ultimately failed to even secure a sector of its own.

For modern Russia, however, this episode retains a somewhat symbolic significance. For the first time since the demise of the Soviet Union, Russia had involved itself in foreign matters and pursued a policy of its own – one that ran counter to the Western narrative. Meanwhile, NATO’s operation in Kosovo had a sobering effect for those in Russia that supported West.

In Russia, the Serbs were mostly seen as a kindred and ultimately friendly people, a sentiment that remains today. Because of this, Russians resented the demonstrative horror the Serbs were subjected to by the US-led forces.

More importantly, the EU and American stance on the Kosovo conflict was morally ambiguous at best. In this complicated theater, where each side had some legitimate claims and neither was innocent, the West sympathized with one and condemned the other. It bombed Belgrade under the pretext of protecting the Albanians from ethnic cleansing but did nothing to stop the ethnic cleansing of the Serbs in the same territory after its own triumphant operation.

This inconsistency made many Russians question Western moral values and view them as nothing more than doublespeak and hypocrisy.

Moscow was also grappling with a domestic problem – Islamic terrorism in the Northern Caucasus. Just a few months later, the invasion of the Russian Republic of Dagestan by the fighters of Shamil Basayev and the Saudi commander Khattab ignited a conflict known as the Second Chechen Campaign.

Russians couldn’t help but imagine being in the Serbs’ shoes. The moral posturing by the Europeans and Americans about the war in Chechnya, against the backdrop of NATO’s bombing of Belgrade, invoked a sense of spiteful irony.

While the operation in Pristina isn’t remembered by Russians as an example of a brilliant political victory, it is still perceived as the first time that Russia, in its post-Soviet history, was able to say a decisive ‘no’ to the West, regardless of the final outcome.

By Evgeny Norin, a Russian historian focused on conflicts and international politics