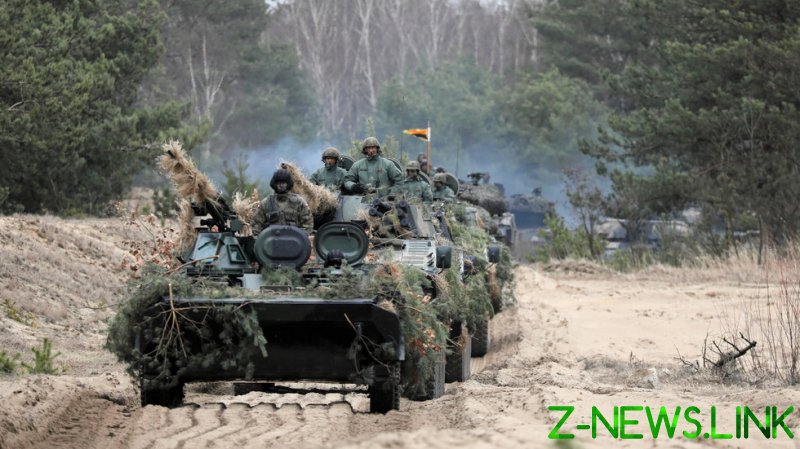 Late last month the Polish military reportedly conducted a war game simulating a general war between Poland and Russia. Dubbed ‘Winter-20’, the simulation involved several thousand Polish officers who oversaw the virtual war between the two nations, according to Polish website Interia. The war game incorporated all of the Polish military’s newest weapons, including the F-35 fighter. When the simulation ended, after five days of “conflict,” the Polish Army had been totally defeated, its combat units suffering between 60 and 80 percent losses, and the Russian Army stood on the banks of the Vistula River, ready to occupy Warsaw.

According to an article in the National Interest, the simulated conflict “serves as a reminder that NATO’s Eastern flank is weak and vulnerable to Russian aggression.”

There would be no repeat of the August 1920 ‘Miracle on the Vistula’, where the beleaguered Polish troops commanded by Jozef Pilsudski rallied to decisively defeat the advancing Red Army commanded by Mikhail Tukachevsky. Nor would a modern-day Russian attack on Poland replicate the events of September 1939, when Semyon Timoshenko’s Red Army troops occupied eastern Poland while the Polish Army was busy trying to defend against a Nazi German invasion, or January-August 1944, when Georgy Zhukov’s Soviet forces advanced to the outskirts of Poland. While the last two represented Russian victories, they — like the Battle for Warsaw in 1920 — are a matter of historical record, representing events based on reality. ‘Winter-20’, on the other hand, is derived from delusional fantasy, a bit of self-defeatist theater designed to reinforce the dual perception of Polish-NATO weakness and Russian strength.

This is not to say that any large-scale conflict between NATO and Russia east of the Vistula would not end with a decisive NATO defeat and Russian forces ensconced opposite Warsaw within a period of less than a week. NATO’s military weakness is well documented, and the atrophied reality of its ground forces a known fact.

The US can barely afford to maintain one heavy armored brigade in theater and is hard pressed to generate a second brigade capable of reinforcing the region by falling in on prepositioned stocks of equipment. Germany is incapable of generating a single armored brigade for service in the field, having had to cannibalize its garrison forces to make ready the single battalion-sized battlegroup it has deployed to the Baltics. The British Army is in a similar sad state, significantly reduced in size and, like Germany, unable to mobilize an armored brigade for deployment to Poland or the Baltics in a timely fashion. The same holds true for the French Army.

As for the Polish Army, it lags in almost every category of combat power generation, despite expending billions of dollars in support of force modernization and enlargement. The Global Firepower (GFP) annual defense review for 2021 evaluates the military forces of 139 countries around the world, based on a multitude of factors as they relate to a prolonged offensive or defensive military campaign. Poland is ranked 23rd in the world, with a power index rating of 0.4187 (0.0000 is considered a perfect score.)

The question here is not about capability, but rather intent. The reconfiguration of the Russian Army away from brigade-sized formations designed to fight smaller conflicts, to the rebirth of Soviet-era formations such as the 1st Guards Tank Army and the 20th Combined Arms Army occurred not because Russia seeks the domination of Europe by military means, but rather necessitated by the eastward expansion of NATO to incorporate nations such as Poland and the Baltic States with hard-wired animosity toward Russia.

The Russophobic postures of these new NATO members has resulted in the transformation of the trans-Atlantic alliance from a defensive posture to one where the armed forces of several European nations, along with the US, are deployed along the Russian border, with the sole mission of confronting the Russian military.

This focus was captured in a recent tweet by Major General Patrick Donahue, the Commanding General of the US Army’s Maneuver Center of Excellence at Fort Benning, Georgia, where he asked the question how the US Army should “reframe” away from the counterinsurgency warfare of the past two decades to large-scale combat operations (LCSO). “One way,” General Donahue noted, “may be to change our map sheets” with a focus on “east of the Vistula.”

In many ways, the US Army has already done this, having created the “Suwalki Gap” vulnerability out of thin air. The “gap,” consisting of a span of territory connecting Poland with Lithuania, has been identified by NATO strategists as a likely avenue of attack by Russian forces seeking to isolate the Baltics from the rest of NATO. The northern limit of the Suwalki Gap is defined by the Russian exclave of Kaliningrad, while its southern border abuts Belarus.

Although NATO may define its mission in this region as defensive in nature, the military maneuvers required to rush reinforcements to the Suwalki Gap are identical to those that would be carried out in the event NATO were to undertake offensive operations against either Kaliningrad or Belarus. For Russia, there is no differentiating between the two.

Complicating matters further is NATO’s dangerous posture regarding tactical nuclear weapons, and more precisely, a new low-yield nuclear warhead mounted on forward deployed submarine-launched ballistic missiles. These weapons were not only designed to be used in combat operations (i.e., they are not meant as a deterrent), but their use has actually been exercised in war games hypothesizing a NATO conflict with Russian forces in Poland and the Baltics.

This reality is omitted in the National Interest article, whose author postulates as fact the notion that Russia has vowed “to use nuclear weapons to defend territory it conquers and controls.” Russian nuclear doctrine makes no such assertion, and public statements by Russian President Vladimir Putin reaffirm Russia’s official nuclear posture — massive retaliation in the event nuclear weapons are ever used against Russian territory.

The ‘Winter-20’ war game represents the kind of self-fulfilling prophecy that history often records after the fact, when it is too late for nations to change events on the ground. By portraying the Russian Army as little more than a modern-day version of Hitler’s Wehrmacht, ready to ravage a Poland helpless to stop it, the Poles are setting an artificial standard that serves to drive a NATO response.

For its part, NATO has taken the bait, pouring troops and material into the Polish-Baltic region in numbers that eventually will constitute a viable offensive military capability. When this evolving military situation is juxtaposed with NATO’s aggressive posture regarding the internal domestic affairs of Belarus, and the possibility of Ukraine becoming a NATO member, the result is a military threat Russia cannot ignore.

Russia has carried out massive military maneuvers in its western military district in the past years. All are predicated on a response to NATO aggression, either against Kaliningrad or Belarus. All involve the delivery of a massive counterstrike designed to drive the NATO invaders out of Russian territory, or the territory of its allies. These counterstrikes involve deep attacks — the kind that will envelope enemy formations and seize large swaths of territory.

The fact is, as things stand, the results of the ‘Winter-20’ exercise represent the true situation — in the case of a large ground war in the Polish-Baltic region, Russia would completely destroy forward deployed NATO units, and reach the Vistula River within five days. The only way NATO would be able to halt the Russians would be through the employment of nuclear weapons, such as the low-yield warhead carried by the US submarine-launched ballistic missiles. If NATO were to do this, Russia would most likely respond with a massive nuclear attack against the US and NATO. This sobering outcome should be pondered by those in the Polish General Staff who are helping shape events that, if left unchecked, could very well result in the end of man’s tenure on earth.