Home / economy / How Huawei won the US?

How Huawei won the US? 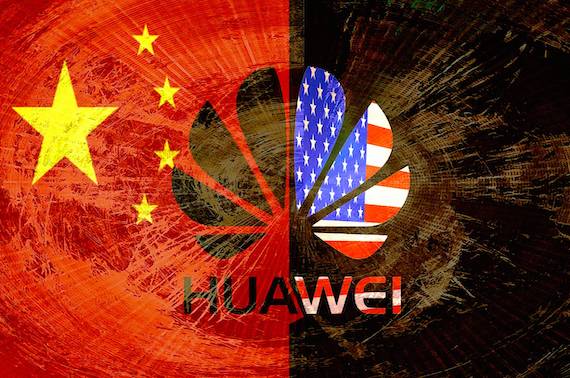 Huawei in conflict and the United States, after the press has buried the Chinese company seems to have won after all Huawei. Although the loss is also palpable, the main conclusion is very interesting — the US government could not break a separate company.

As previously reported, after threats from the United States to prohibit the licensing and sale of Android for Huawei, the Chinese said that soon will present its own mobile operating system, which can even work with applications for Android.

In response, the United States pressed even harder and tried to prevent anyone, including affiliated with U.S. companies to sell their licenses, equipment and components Huawei.

Chinese wise not to threaten retaliatory sanctions, and just remained silent, allowing thus the companies to calculate the direct losses from the loss of a client. Possible, especially the smart and savvy companies have figured out a few moves this strange party, and realized that in case of escalation of the conflict, unable to stand up to the Chinese government and… no, not to ban the selling device on the market (why!), and simply block access to their production capacity and, most importantly, to rare earth elements.

The fact that China not only has the Assembly capacity and unique number of skilled labour at relatively low cost. One of the important factors of production components in China is that a significant part of the elements that collect modern electronics are present only in China. That is of course if desired, all of these elements can be found in other parts of the world, but a) in very different amounts, b) for all other money, and b) you literally have to collect “every little helps”, which will further increase costs. Then all you need somewhere to process and to produce from already processed materials, integrated circuits, processors & more.

See also:  The government will give money for computers in schools

Moreover, as in the case with smartphones, China has its own huge market, which could allow domestic companies are quite comfortable to exist. In the case of withdrawal from foreign markets, the loss of profit will certainly, and quite serious. But this is not something that will destroy giants such as Huawei or Xiaomi. But what will those same Apple, Samsung and other corporations that if they cut off the flow of materials for manufacturing parts and cease these components for them to produce… One word — pain, financial losses and the prospect of the pending collapse of the entire system of production and marketing.

In the end the sanctions against the company in the acquisition of licenses and American components, with Huawei removed. USA received severe damage to its reputation, and a Chinese company were on horseback. Although some analysts believe that this is only a pre-election move of Donald trump, who doesn’t want to fight with tech giants ahead of the elections, this is hardly the case. After all, the losses would have been enormous and primarily for us corporations, and hence for the U.S. budget.

See also:  In Ukraine sharply increased the prices of gasoline and diesel fuel

As a result of the careless crushing of the Chinese, refused to cooperate in the transfer of information to the intelligence agencies failed. As a result, the US suffered reputatsionnyj damage, which once again confirms the idea, which is not once mentioned in his works, the philosopher L. Ron Hubbard: lies in PR causes much more harm than brings immediate benefits.

However, the story does not end there. Now it is possible to observe a return stroke of Huawei, which may (and which should) to build on their success and to extract the maximum image and financial benefits. Perhaps even to regain the position of the main supplier of equipment for 5G networks outside the United States.

So we continue to watch, to observe and to enjoy the process!