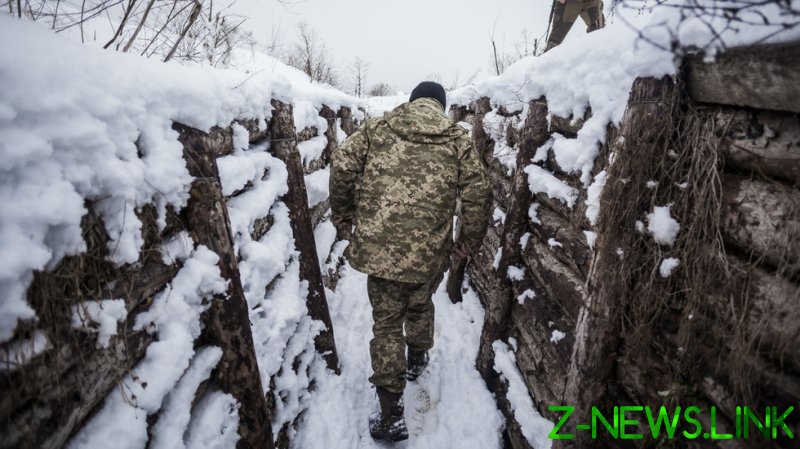 Francis Fukuyama is best known for having mistakenly announced the coming of a global liberal quasi-utopia, billed as “the end of history,” a third of a century ago. Now, though, the American scholar has identified the linchpin of what he sees as a worldwide battle between secular good and evil.

Branding Ukraine “the frontline state in the global geopolitical struggle between democracy and authoritarianism,” the Stanford professor insists that all “liberal democracies” – essentially meaning North America, the UK, and the EU – must support Kiev against Russia.

Moscow’s aims, according to Fukuyama, go far beyond Ukraine. He speculates that Russian President Vladimir Putin wants to “reverse the gains to European democracy since 1991 and create a Russian sphere of influence throughout the territory of the former Warsaw Pact.” And then there is China. Casting his glance “beyond Europe,” Fukuyama spots the “Chinese watching how the West responds, as they calculate their prospects for reincorporating Taiwan.” No wonder he feels that “global democracy” itself is at stake.

While acknowledging that Ukraine is a deeply flawed democracy, Fukuyama still predicts with characteristic confidence that its prospects in the future are so bright that they, in effect, compensate for the failures that we can observe in the present. It is ironic to find Fukuyama prophesying again. His great 1989 guess about the end of history, by which he meant the inevitable global hegemony of a specific liberal ideal of parliamentary democracy and so-called free markets, is famous for how spectacularly wrong it turned out.

But what is genuinely disturbing about his fresh intervention is that it is merely one example of a rhetorical genre that is popular among some Western public intellectuals. Its essence is to re-imagine, really fantasize, Ukraine as a crucial position in a great Manichean struggle between starkly different types of regime and often even civilization. Its effect is to supercharge the crisis between Ukraine, Russia, and the West that began in late 2013 and has just reached a new peak in the worst war scare between the West and Russia since the end of the Cold War. 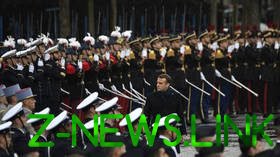 It is true that the causes of this recent escalation go beyond Ukraine: In essence, the West’s unipolar post-Cold War moment has ended, and Russia has recovered from its post-Cold War low. Add China’s continuing rise and the US’ unending crisis, and the upshot is crunch time: Backed by China, Russia seeks a substantial adjustment of its current unequal and disadvantageous relationship with the West, mainly the US, and the latter resists, too used to having things its own way after a third of a century of unilateralism.

Ukraine finds itself at the center of this big geopolitical rumble. That is bad enough. What makes things worse, however, is the need so many in the West have felt to hijack this conflict with overblown rhetoric, a bad habit that has now lasted for years already. The noise is particularly at odds with the reality in the Eastern European nation, where both the pro-Maidan former president Petro Poroshenko and the leader of the country’s largest opposition party, Viktor Medvedchuk, are facing treason charges they brand as political. A spate of new rules have sought to squeeze out the Russian language, spoken by a large share of the population, and media outlets have been shuttered by the government with little explanation given.

At the beginning, we had oddly Hegelian ruminations like that of the American historian Timothy Snyder. He identified what he called the “philosophical” dimension of the conflict in a struggle between, on one side, “Europe as a source of and home for universal values,” with “the European Union as a universalist project.” On the other side, there was a “Eurasian project” under “Russian hegemony,” marked by “nihilism” and “provincialism.”

Ironically, while attacking Russia for its criticism of Europe as decadent, Snyder himself painted a picture of European decline and moral failure. In his narrative, Europe was too “narcissistic” to live up to what Snyder thinks is its “universal” calling. In fact, this reasoning implied that Europe’s path to recovery from its Western-value flabbiness and toward a robustly universalist self would have to pass through confrontation with Russia. High stakes indeed, imaginatively defined and presented with big-picture panache.

READ MORE: No respect for Putin: How a call for cooperation with Russia ended a vice-admiral’s career

There were less “philosophical” and more pragmatic appeals to putative Western interests as well. For the political scientist Alexander Motyl, it seemed “easier to stop Russia in the Donbas than in Silesia.” Never mind the fact that Russia has shown zero interest in “Silesia.” But he was not content with this – really quite hysterical – “security” argument, also framing the conflict as civilizational, with “roots” in “history, culture, ideology, and values.” Stakes, you may have guessed, could not be less than global: Any compromise with Russia would “upend the world order and affect the security and survival of the West.”

Between then and now, not much seems to have changed in this style of talking about the crisis. Its hallmarks have remained the same: rigidly absolute categories (ironically of the type that informed the inflexible EU diplomacy leading up to the crisis in 2013) and a robust disregard for any Russian motivations that might be more pedestrian and understandable than manically targeting whole value systems, civilizations, or political orders, toppling at least one large geopolitical bloc entirely (be it the EU or NATO), or bringing the “West” to its knees. 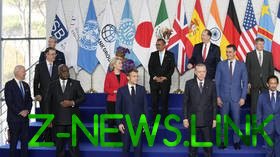 None of this would be very important. Public intellectuals tend to strive for effect. But in this case, the hype has three real detrimental consequences. First, it hinders the search for reasonable compromise: Once we disregard the real world and fantasize Ukraine into a bulwark of Western values and democracy, any concessions seem immoral as well as catastrophic. Once we constantly home in on what we have taught ourselves to see as Russia’s almost Dostoyevskian drive to stick it to the Occident, we cannot possibly think calmly about such mundane issues as whether NATO really must always expand (apparently a bit like the universe) or if Moscow may have real security concerns, stemming from the still underlying Hobbesian logic of the international system rather than deep stuff such as “nihilism” and nasty stuff such as “provincialism.”

Second, in a bitter irony, exaggerating the “philosophical” and “global” stakes of this conflict amounts to denying agency and voice to many Ukrainians. Thus Francis Fukuyama invokes his – rather self-selected – experiences of teaching an elite of young Ukrainians with, presumably, good English. But what, for instance, about Ukrainians like the ones described in a recent article by Al Jazeera: Living close to the frontline with the separatist areas and feeling forgotten by Kiev and indifferent as to who will rule over them?

Third, the basic premise of this rhetoric of “global struggle” is principally misguided. We do not, actually, live in a world with fairly neatly demarcated areas of “democracy” and “authoritarianism.” In reality, we live in a world of alliances and looser groupings defined by interests, not values. Otherwise the apartheid state Israel and the absolute monarchy Saudi Arabia could not be allies of the West. Authoritarianism, meanwhile, has been on the march everywhere, last but not least in the US, a country that leads the West but is an oligarchy rather than a democracy, tottering on the verge of worse. And no – in case you are tempted to reach for easy reassurances – this is not “relativism” but realism. As a result, simplistic narratives such as Fukuyama’s serve to distract the West from its most urgent problems with authoritarianism and values, which are at home.

In sum, the recent war scare should serve as a wake-up call. But not, again, to the endlessly belabored iniquities of Russia. Instead, it is time for the West to stop fantasizing itself into a realm of democracy and freedom, and Ukraine into the ultimate domino on which somehow, absurdly, hinges everything. A Ukraine less overloaded with our Western self-deceptions, interests, fears, projections, and, last but not least, psychological needs stands a better chance of both development on its own terms and not turning into a devastated proxy war battlefield.