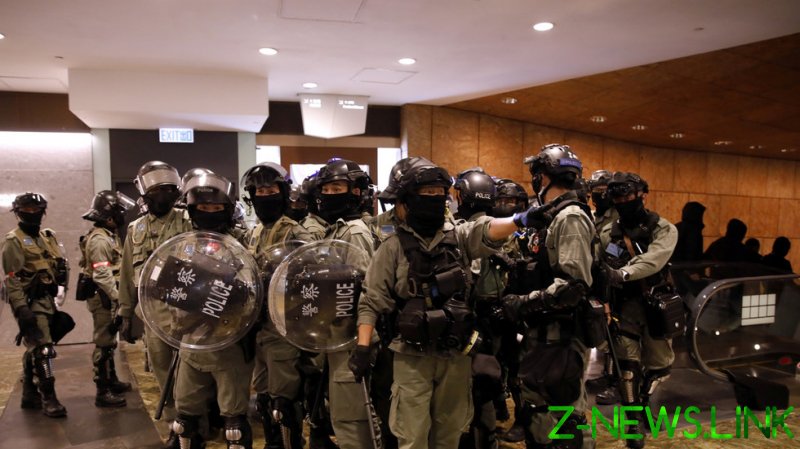 Samuel Phillip Bickett, a former compliance director at the Bank of America, was sentenced to four months and two weeks on Tuesday by a Hong Kong court. Court magistrate Arthur Lam said Bickett’s behavior posed a “serious threat to public order,” noting the officer whom he attacked suffered multiple injuries. Fourteen days were added to the American’s sentence because the court concluded his actions may have incited other acts of violence.

The December 2019 incident occurred at a subway station in the city. Bickett was reportedly on his way to a dinner when he intervened in a confrontation between two men. As it turns out, one of the men was a plain-clothes police officer, Senior Constable Yu Shu-sang, who was trying to stop a turnstile jumper. The constable reportedly used a retractable baton to hit the alleged fare dodger.

Bickett maintains he was unaware that Yu was a police officer and felt he was using excessive force.

A video of the altercation shows Bickett kneeling on Yu and repeatedly punching him. The American claims a bystander asked the Hong Kong officer if he was a “popo” – a slang term for police. During trial proceedings last month, Yu admitted that he was asked if he was an officer. However, the Hong Kong court said there was reason to believe Yu had in fact identified himself as a law enforcement member.

The American lawyer vowed to appeal after he was convicted of assault in June, arguing that the guilty verdict was “entirely unsupportable by both the law and the evidence in this case.”

The incident occurred during heightened tensions in the city. At the time, Hong Kong was experiencing large and often violent protests spurred by allegations that Beijing was undermining the territory’s semi-autonomous status. Clashes between demonstrators and security forces led to allegations of police abuse, but also raised questions about the tactics being employed by the activists.