Homeless or mental hospital patient: Lolita danced at the airport 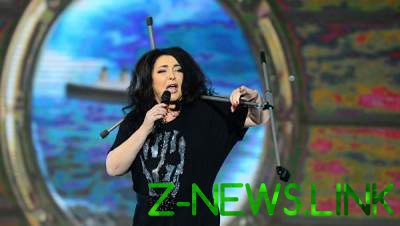 Singer Lolita Milyavskaya has surprised the users of the network a strange dance at the airport.

The video she posted on his page in Instagram, it has already been seen more than 1.1 million times.

The footage shows how the 54-year-old singer dancing to the music near one of the airport shops. At her look the people passing by. In the post noted that she is heading to new York.

In the comments users have decided that the actress looks like a drunk, homeless or mental hospital patient.

“Ward number 6! A disheveled woman in a nightgown and Bathrobe behaves like a madman,” wrote one. “You’re a normal woman, what are you doing clown?” other added.

Some of the users came to the defense of Lolita. They noted that at her age, not all will be able to dance, and at the same time wanted to know where the singer bought his coat.

“It is better to be than a bore”, said one commenter. Others pointed out that respect for the singer, but it should not “descend to the level of Alexei Panin”.

In August, the network was surprised by the sheer Lolita outfit, which she donned during a performance at the festival “Heat” in Baku. The singer was compared with the hero of the animated film “Moana” and one of the horsemen of the Apocalypse.