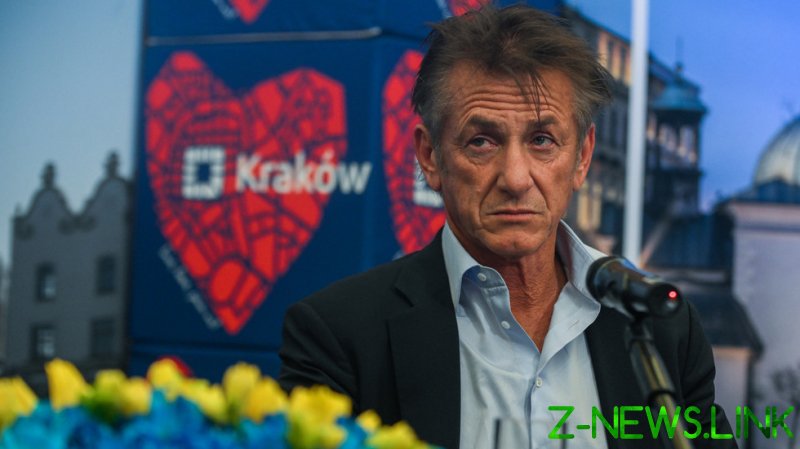 American actor Sean Penn has called on a wealthy philanthropist to come forward with $500 million to procure at least two squadrons of fighter planes as well as missile defense systems for Ukraine, following President Volodymyr Zelensky’s repeated pleas to the US for just such a gift.

“One billionaire could end this war in Ukraine,” the staunchly pro-Kiev actor-turned-filmmaker tweeted on Thursday, delivering an itemized menu of demands.

Penn estimated that “2 squadrons of F-15s or F-16s,” which he claimed feature “better tech than Russian Migs [sic] or SU’s,” would cost only about $300 million. He also called for “another $200m in missile defense,” and further suggested that with three weeks of training plus “add-ons in arming & maintaining creative runways, etc.,” Ukraine’s pilots would be ready to kick Russia out of its skies. The actor did not elaborate on how exactly he expects such a privately funded deal to comply with US arms exports control.

The US and several European countries have already sent hundreds of millions of dollars in military equipment to Ukraine, though they have thus far balked at arming the country with fighter planes, while President Volodymyr Zelensky appears to have let up on his demand for a no-fly zone.

Penn was already in Ukraine when Russia sent its troops into the neighboring country in February. He was in the process of making a documentary with Vice Media about Kiev’s war on the breakaway regions of Donetsk and Lugansk, which were recognized by Russia as independent republics after 8 years of bloody civil war.

The actor distinguished himself among Zelensky’s many American cheerleaders by demanding the Ukrainian leader be given a platform to speak at the Academy Awards, threatening to not only boycott the event but to melt down his own statues if he wasn’t included. Not inviting Zelensky would constitute the “most obscene moment in all of Hollywood history,” the actor declared melodramatically. However, Zelensky did not make an appearance at the Oscars, and Penn has not yet melted down his statues.