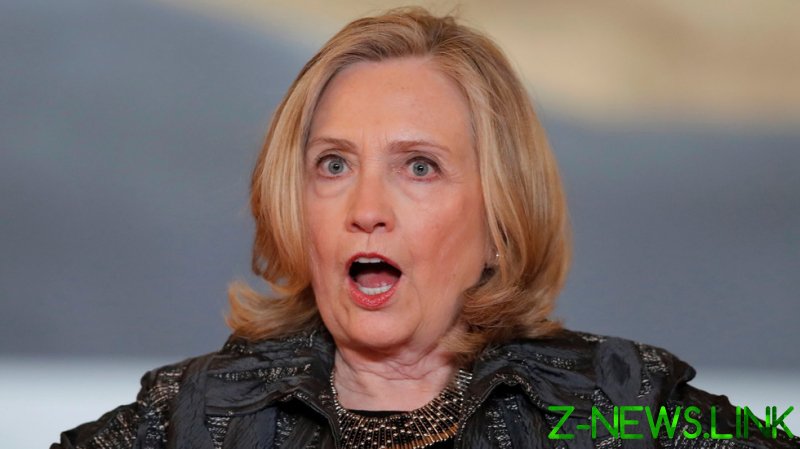 Clinton has struggled to remain in the political limelight after her 2016 wipeout to Donald Trump in the presidential election the corporate media overwhelmingly favored her to win. Even as a special counsel indicted a partner in the law firm representing her campaign for one of the ‘Russiagate’ conspiracy theories, she offered her take on the current political situation in the US on the pages of the Atlantic.

In Clinton’s telling, everything has vindicated her 1990s claim about a “vast right-wing conspiracy” working against her husband’s presidency, which has only been made worse since by social media and Republicans “exploiting fear and suspicion in a quest to permanently seize political power.”

The US finds itself in “an existential crisis in lots of ways because there’s no doubt in my mind that the plan on the other side is to win the presidency again, whether or not they win the popular vote and the Electoral College. And the same will be true to take back the Senate, to take back the House. And anybody who thinks that’s not the most important issue facing our democracy is really not paying attention,” Clinton told the Atlantic’s Jennifer Senior during last week’s festival sponsored by the publication.

“We are in the middle of a constitutional crisis. It’s like the frog dropped into the water. It’s boiling,” Clinton said.

“The idea that Hillary Clinton of all people stands against some dark political force in this country is obscene,” tweeted Jeff Deist, president of the libertarian Mises Institute. “She personifies it.”