Home / WORLD / ‘He’s not a psychopath’: Martin Shkreli’s ex-girlfriend defends ‘Pharma Bro’ after he breaks up with her in magazine article

‘He’s not a psychopath’: Martin Shkreli’s ex-girlfriend defends ‘Pharma Bro’ after he breaks up with her in magazine article 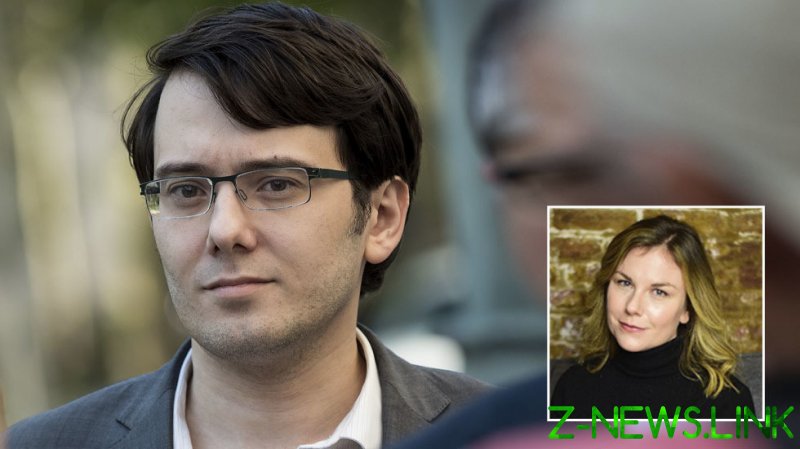 On Sunday, Elle magazine detailed how Smythe – a former reporter for Bloomberg News – gradually fell in love with Shkreli while covering his legal issues as a journalist, and eventually left her job and husband for the convicted felon who is often described as “one of the most hated men in the world.”

Shkreli – who was a hedge fund manager and the CEO of Turing Pharmaceuticals – became infamous in 2015 after he raised the price of anti-parasitic drug Daraprim by 5,000 percent. He quickly earned the nickname ‘Pharma Bro’, and became the media’s face of American greed due to his cocky and remorseless personality. In 2018 he was sentenced to seven years in prison for securities fraud after prosecutors accused him of ensnaring investors to his company “through a web of lies and deceit.”

The Elle article – which concluded with Smythe seemingly being dumped by Shkreli, who wished her “the best of luck in her future endeavors” in a statement to the magazine – went viral online, with social media users split between sympathy and ridicule for the woman.

Smythe herself, however, responded to the release of the article by defending Shkreli in a series of tweets. In one post, Smythe appeared to praise Shkreli by claiming he “beat” researchers to a Covid-19 drug but was branded “delusional” at the time. In several other posts, she defended Shkreli from allegations that he is a “psychopath,”claiming that he has an anxiety disorder which can merely “make people act a little strange and awkward.”

After being asked whether she has any regrets about the whole situation, Smythe replied“Zero,” and in response to one woman calling Shkreli “one of the worst humans our society has ever seen,” Smythe shot back, “He’s really not.”

“At the very least, I’ve spoken my piece. I stood up for Martin when no one else would,” the journalist said.

Smythe received messages of support from some journalists and writers, with many feeling sympathetic to her ordeal. “My only comment about the Martin Shkreli-Christie Smythe story is that I hope she has the support and care she needs. It’s very sad,”commented writer Adam Feuerstein, while other messages to Smythe read, “I really hope you’re okay,” and“Christie, he’s not worth it.”

“Yeah he’s a horrible, awful person who belongs in prison. BUT I agree that things adults do with other consenting adults, that have nothing to do with us, are not our business,” opined writer Joanna Schroeder. “She screwed up. We need a whole humiliating article?”

There were also those who felt that Smythe had to bear some of the responsibility, however. “Smythe was the typical morally indefensible journalist, attempting to cultivate a relationship with Shkreli to further her career and sell a book,” argued the Guardian’s Julia Carrie Wong. “The fact that she lost control of the relationship she was trying to steer is awful and ironic.”

Investor Jason Calacanis called Smythe “deranged,” and “a grifter just like Shkreli.”“She is trying to sell a book/TV show… the whole thing is completely sad, desperate, & pathetic,” he declared.

Following the drug price scandal, Shkreli continued to be the frequent target of public outrage – trolling journalists online, offering $5,000 for a strand of Hillary Clinton’s hair, and buying the only copy of the Wu-Tang Clan’s Once Upon a Time In Shaolin and refusing to let anyone else listen to it.

The Washington Post accused Shkreli of wanting to play the role of an “internet supervillain,” and enjoying his infamy – a claim echoed by other media outlets.