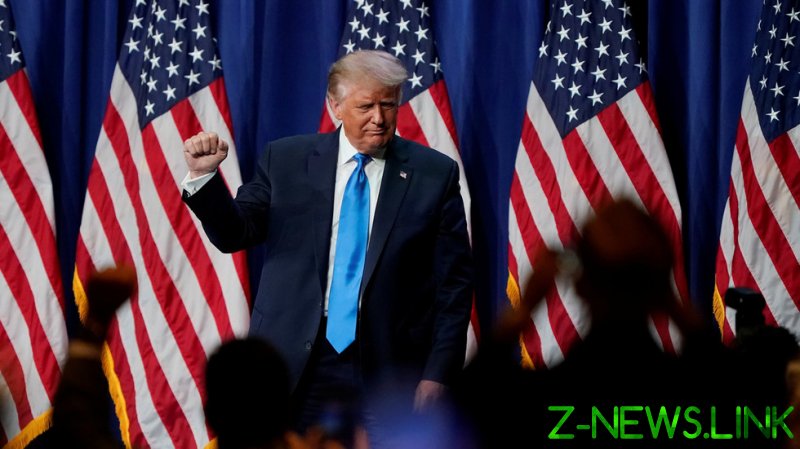 Trump has floated the idea several times of holding the office of the presidency beyond two terms, despite the position holding exactly a two-term limit. He’s previously trolled his critics, who have called him everything from a white supremacist to an enemy of the state to traitor, with memes that have ignited outrage among many on the left.

The president continued trolling while speaking at the Republican National Convention. Hearing the crowd chant “four more years,” Trump responded by saying, “Now, if you really want to make them crazy, you chant 12 more years.” The crowd responded by doing exactly that.

As a result, Trump’s critics were furious.

Vox deemed it a “dark”  way to kick off his speech.

“One does not joke about 12 more years. That’s called a dictatorship,” activist Ted Cocoran tweeted, adding it was a “slap in the face to veterans.”

“After years of kissing up to oppressive dictators, he’s determined to become one himself. We must all unite to deny Trump’s destructive, megalomaniac vision of the future,” Rep. Earl Blumenauer (D-Oregon) tweeted, adding the US “democracy is at stake.”

Others similarly played right into the president’s hand and simply ignored the first part of his joke, which predicted that the phrase would make them all go “crazy.”

Those a little more inclined to understand and not be outraged by Trump’s theatrical troll could only sit back and laugh at liberal journalists and activists melting on command.

Less than a day into the Republican Convention, Trump’s critics have already found plenty of reasons to be outraged about beyond the “12 more years” chant. Another video of the President went viral after a delegate appeared to yell the word “monkey” after Barack Obama’s name was mentioned. The Lincoln Project and multiple activists and journalists tweeted out the link, but then deleted it when counterclaims said the delegate actually said “spygate,” since that’s the exact subject Trump was speaking about at the time.