Heroism and antiheroism in Zhukovsky on the eve of MAK-2019 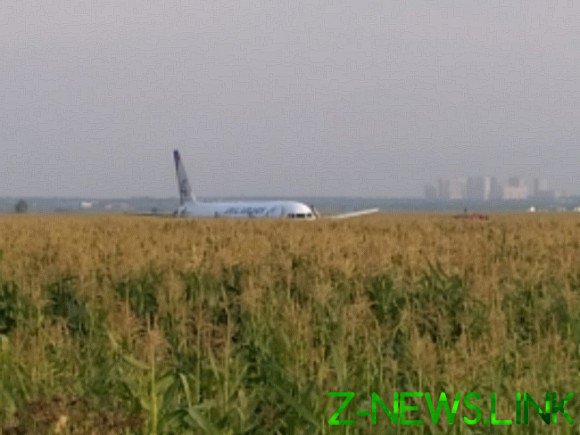 On Tuesday, August 27 in Zhukovsky will open the international aviation and space salon (MAKS) 2019, which will last until September 1. This event is the face and business card of the industry in the international arena. In light of the events of a week ago I hope that will do without tragedies and in the way of our cutting-edge aviation technology does not stand any a flock of seagulls that live on adjacent to the airport dump.

The professionalism of the pilots, which allowed to avoid casualties on the flight from Moscow to Simferopol, was the saz and been awarded the titles of Heroes. But as you know, many of the feats are a result of someone’s sloppiness. If the incident with the emergency landing the characters are defined, here the problem of anti-heroism remains open.

Thank God, the crew managed to land the plane and save the people, but where is the confidence that next time in similar conditions will be good luck? After all, circumstances that have not changed: “the airport — a garbage dump — gulls”.

To date, the issue of safety in Zhukovsky is still not properly solved (if it ever is raised this way).

But nevertheless, to decide enough in the causal chain to add one link: “the airport-gulls-the garbage dump-the owners”.

No matter that the responsible officials submit inquiries about the closure in the vicinity of the airport Zhukovsky official landfills. Birds can’t read, and they are official or not.

Technically, the task of restoring order in this matter are simple.

Who owns the land where organized illegal dumping (formally agricultural land), know who’s behind this too. Question one — do the authorities have the courage not only to punish the guilty, but to restore the essential order waste. Moreover, a surcharge for the conversion of waste collected from the citizens with the new year in large volumes and where this money goes is not clear.

And it’s not only about what a possible continuation of the incident with the birds from illegal trash could undermine the prestige of the opening next week of the International airspace salon (MAKS) 2019 and lead to the disruption of multi-million dollar contracts, and in the fact that while the safety in the system of air traffic control is not provided properly, the probability of a state of emergency on the aircraft, including with human victims, because of the activity of living adjacent to the airport Zhukovsky illegal dumps of birds saved.