Half of Americans see Kamala Harris as unqualified for presidency, poll shows 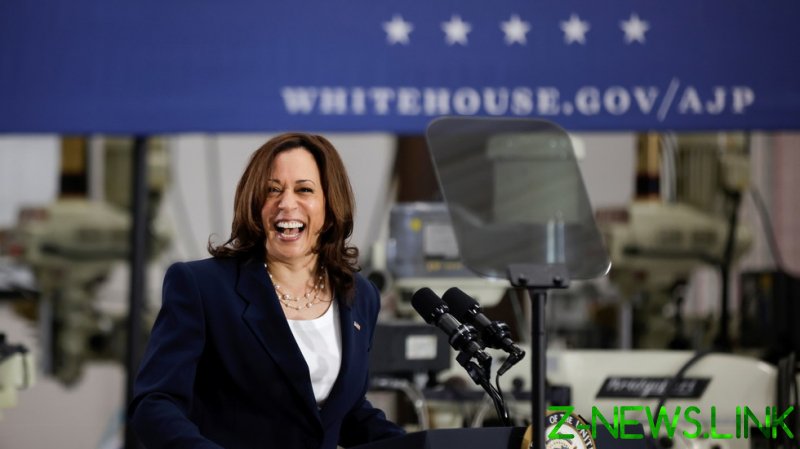 A Rasmussen Reports poll released on Monday showed that 41% of likely US voters see Harris as “not at all qualified” to take over the responsibilities of the presidency, and 9% believe she is “not very qualified.” The research firm based its findings on a survey of 1,000 likely voters.

The negative outlook on Harris’ readiness for the job of president is especially strong among Republicans, 74% of whom see her as unqualified. But independents also lack confidence in the vice president, with 48% of respondents saying she is “not at all qualified” and 12% seeing her as “not very qualified.”

Among Democrats, only 18% see Harris as unqualified, including 15% who say she is “not at all qualified.” Harris performed poorly in the 2020 Democrat presidential primaries, even in her home state of California, despite being one of the mainstream media’s favored candidates. After winning the party’s nomination for president, Biden chose then-Senator Harris as his running mate last August, and media outlets hailed her as the first black vice-presidential candidate and the first of South Asian descent.

The Rasmussen poll, which was conducted on April 19-20, showed that Harris is viewed favorably by 46% of likely voters. That compares with 51% who have an unfavorable impression of the vice president, including 43% who described their view as “very unfavorable.”

The survey on Harris’ readiness for the role of president is especially relevant because Biden is seen by many Americans as unlikely to be physically and mentally able to complete his four-year term. A Rasmussen poll last August showed that 59 percent of voters, including 49 percent of Democrats, didn’t expect Biden to serve his full term if elected in November.

A Rasmussen poll released in March indicated that Americans were split evenly on whether Biden is currently in charge, making the important day-to-day decisions of his office.

Despite being the oldest president to take office and the questions that have been raised about his fitness, the 78-year-old Biden told reporters in March that he expects to seek re-election in 2024. A second Biden term would run through 2028, when he would turn 86.