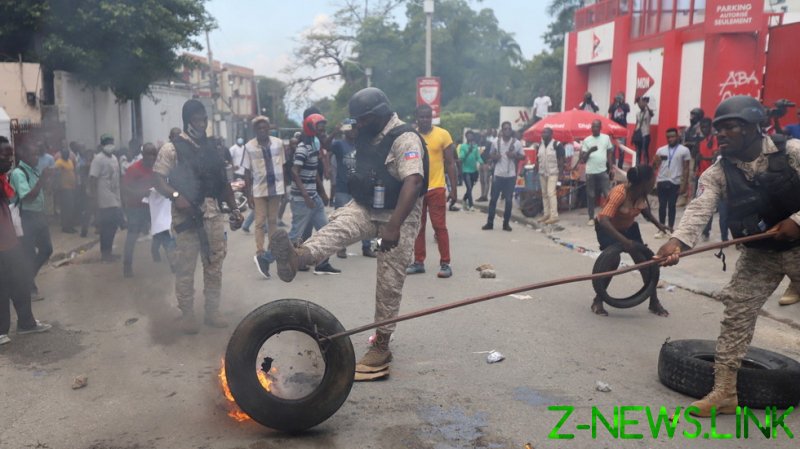 The man speaking in the video threatens to kill “these Americans” if he does not get what has been demanded. The man in the video was identified as Wilson Joseph, believed to be the head of the 400 Mawozo gang, which is behind the kidnapping. Joseph is wearing a purple suit and gold chain in the video.

“I swear that if I don’t get what I want, I prefer to kill the Americans. I’ll put a bullet in the heads of these Americans,” the man said in the video, which was taken on a street while Joseph was surrounded by other unidentified men. The missionaries are not present in the video, and it has not yet been independently verified.

Joseph appeared to be speaking from a funeral for several deceased gang members, and he at one point threatened Prime Minister Ariel Henry and Leon Charles, the chief of police.

“You guys make me cry. I cry water. But I’m going to make you guys cry blood,” he said.

An armed gang kidnapped a group of 17 American and Canadian missionaries in Haiti earlier this month and have since demanded $17 million in ransom for their release. FBI agents are reportedly on the ground in Haiti, and the kidnappers have been in contact with Christian Aid Ministries, the Ohio-based charity behind the missionary trip, about the ransom.

The missionaries were taken by the gang while they were traveling by bus near the nation’s capital, Port-au-Prince. They were reportedly visiting an orphanage, and multiple children are among the group.

Christian Aid Ministries held a press conference earlier on Thursday where members said they were fasting and praying for those being held hostage.